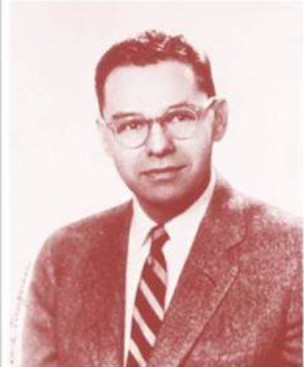 With some Jews you don’t need to do any further research or editing to show what they’re like — the Wikipedia entry by itself is more than enough to understand their “ethics.” But we should say was more than enough; the 2014 text used here has been toned down a great deal by today’s Wikipedia.

THE SON OF Russian Jewish immigrants, Saul Krugman was born in the Bronx on April 7, 1911. He began his undergraduate studies at Ohio State University in 1929 and, after taking time off following his junior year to earn money so he could complete his studies, graduated from the University of Richmond in 1934.

Dr. Krugman began his medical studies at the Medical College of Virginia and later went on to pursue research at the New York University (NYU). Krugman was the first to distinguish hepatitis A from hepatitis B and made great strides in describing their different characteristics and behaviors. While examining blood samples from patients with hepatitis at NYU, Krugman discovered that heating blood containing hepatitis B would kill the virus while preserving an antibody response when used as a vaccine.

From 1958-1964 Dr. Saul Krugman injected disabled children with live hepatitis virus. After infecting the children, Krugman would then experiment with developing a vaccine to be used to protect United States military personnel from the chronic and often fatal disease. In addition, feces were taken from institutionalized children with hepatitis and put it in milkshakes, which were then fed to newly admitted children. This, despite the morbidity and mortality of the disease, which causes cirrhosis of the liver more frequently than excessive consumption of alcohol. Poor families were often coerced into allowing their children to be included in these “treatments” as a prerequisite for admission into the state school which was the only option for working-class families needing care for a child suffering from mental retardation or other disability. (“Surely, the duress upon these parents with children so defective as to require institutionalization was far greater than the duress on prisoners given tobacco or paid or promised parole for their cooperation.” Paul Ramsey, ethicist. Dr. David D. Rutstein adheres to a stricter standard in regard to research on infectious hepatitis: “It is not ethical to use human subjects for the growth of a virus for any purpose.”)

Staff at Willowbrook, who later quit in disagreement or disgust over the experiments, testified to the pressure put on families and the false reassurances they got from the doctors. When the school was finally closed, the children who once resided there were often refused entry to regular school’s programs for Special Needs Children because they were infected with the hepatitis virus. Krugman was not only never censured for these abuses, but was awarded the Lasker Prize for Medicine. In the words of the Lasker Committee, without any mention of the children who gave their health and lives for Krugman’s ego:

“Dr. Krugman’s most far-reaching achievement concerns viral hepatitis. In a long and elegant sequence of studies beginning in the mid-1950s, he proved that “infectious” (type A) hepatitis, transmitted by the fecal-oral route, and the more serious “serum” (type B) hepatitis, transmitted by blood, body secretions, and sexual contact, were caused by two immunologically distinct viruses.” These studies were sponsored by the Armed Forces Epidemiological Board, Office of the Surgeon General, U.S. Army and approved by the New York State Department of Mental Hygiene. The ethics of the Willowbrook Studies have been widely debated.

In early 1972, Geraldo Rivera, an investigative reporter for television station WABC-TV in New York City, conducted an investigation of Willowbrook (after a series of articles in the Staten Island Advance and Staten Island Register newspapers), uncovering a host of deplorable conditions, including overcrowding, inadequate sanitary facilities, and physical and sexual abuse of residents by members of the school’s staff.

In 1972, Krugman became the president of the American Pediatric Society. [And Krugman — and Koprowski, mentioned below — are just a minuscule fraction of truly sick Jews in this heavily-promoted field.]

Share to TwitterShare to RedditShare to VkontakteShare to MessengerShare to Telegram