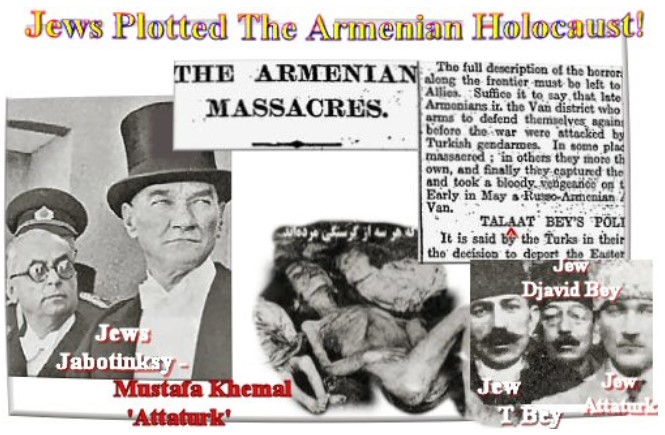 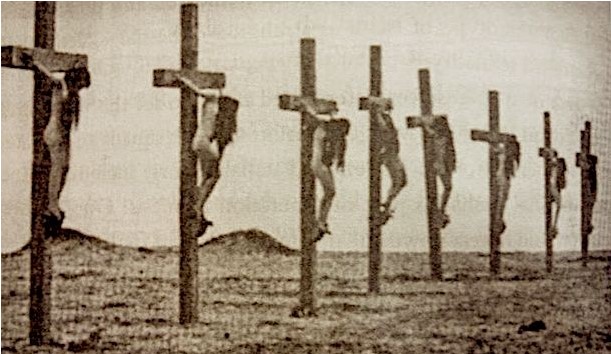 You can read The Jewish Genocide of Armenian Christians by the jewish writer Christopher Jon Bjerknes, in our free online Book Library.

The historic vote was 405 to 11 and is seen as a rebuke to Turkey, which has spent nearly a century denying there was a genocide.

Additionally, in a strong rebuke of Turkey and President Erdogan, the House voted 403-16 to require sanctions on Turkey for its invasion of northeast Syria.

“If we ignore history, then we are destined to witness the mistakes of the past be repeated,” the House speaker, Nancy Pelosi, said, urging support for the resolution on Tuesday. “Recent attacks by the Turkish military against the Kurdish people are a stark reminder of the danger in our own time.”

The California Democrat (((Adam Schiff))), a sponsor of the resolution, said in a statement: “The House declared that it will no longer be party to the cause of genocide denial. This is a vote I have fought for 19 years to make possible, and one that tens of thousands of my Armenian American constituents have worked, struggled, and prayed for decades to see.”

Now, the next step is for Senate to bring the Armenian Genocide resolution and sanctions legislation against Turkey to the floor for a vote.

Turkish Foreign Minister Mevlut Cavusoglu immediately condemned the vote, calling it a “shameful decision of those exploiting history in politics (it is) null and void for our government and people.”

He said the resolution was Congress’ “revenge” for Turkey’s incursion into northern Syria.

Historians say an estimated 1.5 million Armenians died at the hands of the Ottoman Empire — the predecessor to modern-day Turkey — between 1915 and 1923.

The Jews at the ADL and other powerful jewish advocacy groups have long fought to ignore the Armenian genocide for two important reasons: first, that they didn’t want any competition with their fake World War II “genocide” narrative that many Jews today are no longer buying.

And second, they didn’t want people looking too closely into the Armenian genocide and discovering that it was orchestrated by the “Young Turks,” a secretive and powerful cabal largely lead by Jews from Salonica who operated under the protection of powerful Grand Orient Masonic lodges.

The Jews planned to blame their genocide of Christians in Armenia on the Ottomans who at that time controlled Palestine, which the Zionist Jews coveted, and thereby force the Ottomans to relinquish it under international pressure.  But because of the ongoing First World War in Europe, the genocide received little attention or interest in the press at that time.

And an important part of the strategy of covering up the hidden jewish hand in both of the Christian genocides in Armenia and Bolshevik Russia was to create the fake genocide of World War II, falsely accusing the German nation of a genocide that they themselves had already committed in Russia and Armenia, and then using that fake genocide to legitimate their demand for a homeland in Palestine.

You can read The Jewish Genocide of Armenian Christians by the jewish writer Christopher Jon Bjerknes, in our free online Book Library.

Everybody’s online activities are being tracked by internet providers, surveillance agencies, and private companies. Use a goo