Is It Okay To Be white Update 2. 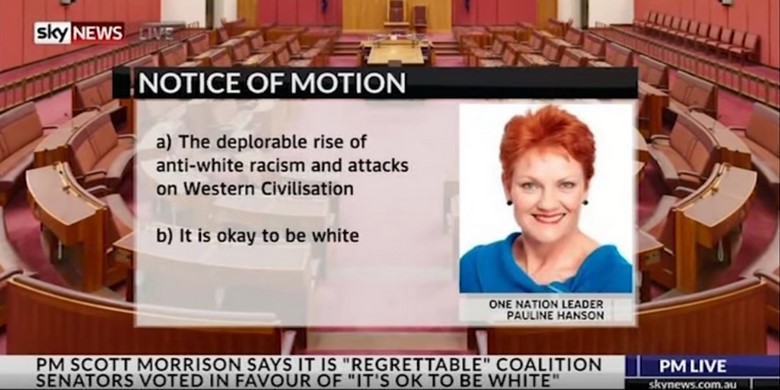 Fortnite Vids
Doesn't matter whether Australia is labelled as a black or white country. It should still be ok to be white!

Why So Serious?
So all the government has confirmed is it’s not ok to be white... I bet they would pass it’s a ok to be African or Muslim in a heart beat..

Nun, Gina12345 1 year ago
Could the Australian Senate, who the vast Majority are White, please tell those Australians who have European Ancestry, why they are not OK, to be of European Ancestry. Is there something wrong with having European Ancestry that Parliamentarians know, but I don't?
It is European Ancestry that has given them their privileged life style, large salaries, and public positions, over the Non OK people who mostly elected them. Do they despise the the very people who Elected them??????
Political Correctness is creating sadly ludicrous situations in Parliament, where virtue signalling becomes a stage to strut ones moral superiority to a wider voter audience, but portrays poverty of clear thought. These idiots run and ruin our country.
Or are they accepting our Dimmi status as the natural position for future African and Muslim Immigrants to assume privileged status over current Australian Citizens?????? Just love those Open Boarders, and give all criminals preferential treatment because they jump ques.
What quality of immigrant are you importing bludgers or builders?
Forgive my asking such a Racist Question. even if bludgers are not a race.
The whole world is loosing it's common sense in exchange for Politically Correct Lunacy.
Some how strangers and foreigners are more important than it's own Australian Citizens.

Hsien Li Chen 陳顯利 1 year ago
So, in other words, to be politically correct in Australia, in 2018, White Privilege in Australia is, in fact, the accepted status quo. What we've just observed in this video is the Australian Senate set a precedent that White Australians ought to be shamed either in the Senate (or in Parliament) and/or shamed in public socially for exercising their Freedom of Expression, and/or for exercising their Freedom of Speech. Is this Democracy? Or is this Communism? Where 'words', debate or ideas are not tolerated or given fair hearing; and where words and ideas are regulated as immediate threats (like weapons) that must be either censored or confiscated to avoid any disturbance of the peace. Tell me this isn't Socialism or early Communism?

luke666808g  (edited)
A nation that didn't hate itself would have no problem teaching a pro-western viewpoint of history. Spiritually, intellectually, culturally, WE. HAVE. BEEN. COLONIZED.

Richard Harrow
It's O.K. to be white! I love being white and I want a future for white people.

maleman julpax 1 year ago
Im brown. Its ok to be human, be it white, black, blue or whatever. 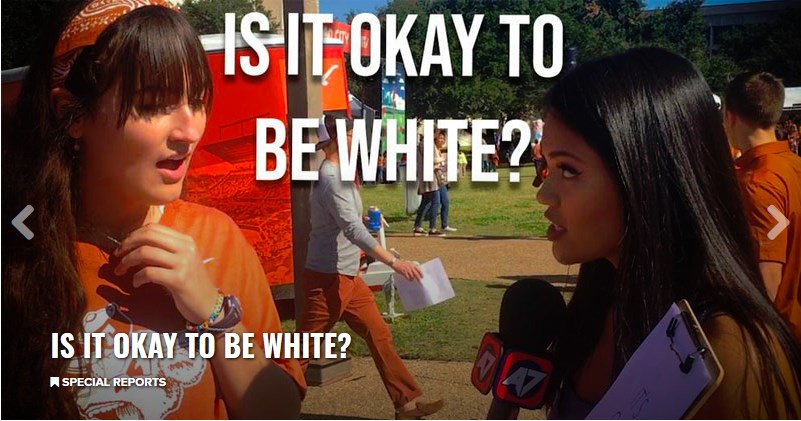 Is It Okay To Be White?

Savanah Hernandez goes to UT to ask students what they think about the phrase “It’s Okay To Be White”, and if they think it should be banned as hate speech.