An African-American Apologizes To Whites. 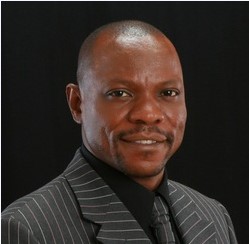 An African-American apologizes for misattributed perceptions of white racism against blacks perpetrated by Jews.

WE THOUGHT THEY WERE WHITE WHO ARE THE JEWS? JEWS & THE SLAVE TRADE JEWISH EXPLOITATION OF AFRICAN AMERICANS JEWS & THE CIVIL RIGHTS MOVEMENT.

"Hello and welcome to my website We Thought They Were White. My name is Dontell Jackson, and like many African-Americans, I was brought up in a culture deeply infused with propaganda designed to lay the blame for all of the black race's ills on the white man. It was not until I began looking into the actual history of blacks, whites, and other races in America, that I came to realize that many if not most of the resentment that African-Americans harbor regarding our long history of abuse and exploitation has been intentionally misdirected by those who are most responsible for it, to shift the blame away from themselves as a people onto the white race who they regard as their enemies.

The reality is that the white race had little to do with the slave trade that took our ancestors away from Africa and sold them into bondage in the New World. That crime was committed not by White Europeans, but by Jews who were engaged in transatlantic commerce between the Old World and the Americas where they hoped to establish a New Jerusalem from which to rule the world by way of exploiting all races who were not members of their tribe of "chosen people." In their efforts to accomplish that goal, the white race has been hoodwinked and manipulated as unsuspecting pawns almost as much as the black race has been.

Blacks have been purposely misled by the Jewish people who, in previous centuries, built their fortunes in the transatlantic slave trade, and who continue to manipulate and exploit us even today. Because most black people make no distinction between Jews and whites, it is easy for the Jews to evade justice and escape the blame for the wrongs that they have inflicted on our people for centuries by convincing blacks that it was the white man who did it. In most cases the vast majority of the white race had nothing to do with slavery or other crimes that have been committed against our people. Whites were and continue to be exploited and manipulated by the Jews, the same as blacks, and their race is even more hated by the Jew, where blacks are simply disregarded by the Jews with indifference, as are other races. We are all simply pawns to the Jews who have no other use for us beyond being a source of profit to them and a weapon that can be used to help destroy whites, who they see as their sworn enemies, by encouraging us to breed with them until there are no longer any whites left.

I would like to invite all of my black brothers and sisters to join me in untangling the lies, deceptions and half-truths that have been foisted upon us as a race, and to explore the true history of what has been done to us as a people by those who were

We Thought They Were White: An African-American Apologizes for Misattributed Perceptions of White Racism Against Blacks Perpetrated by Jews