Free Markets - US Economy Is a Monopoly or an Oligopoly 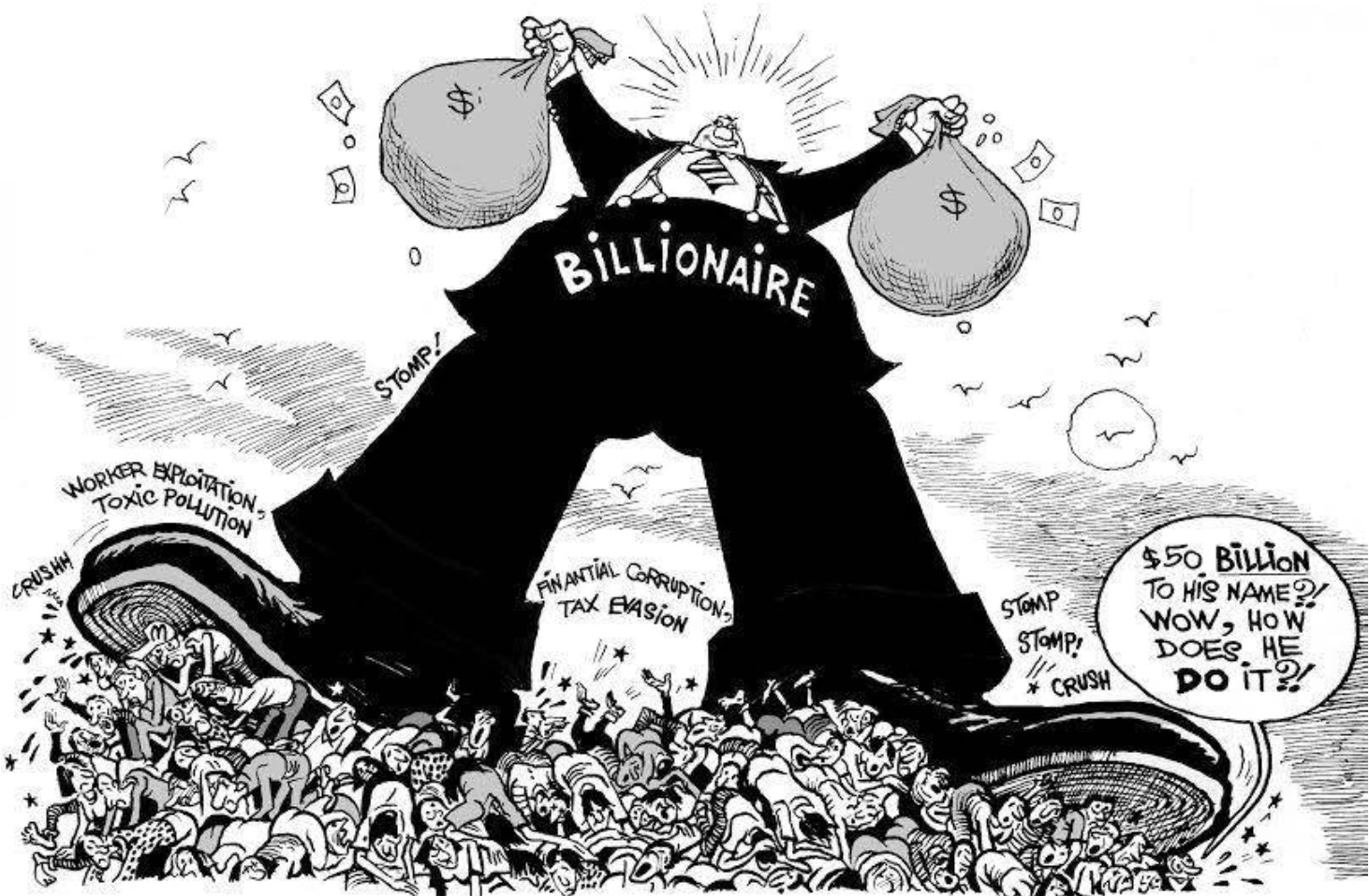 Shocking facts and statistics about how corrupt the US economy has become.

Western Collapse From the Archives

Editor's Note: This is manifestly true in telecommunications as amply demonstrated in Thursday's article: Russia: $10/Month for Superfast Broadband, in US $70 for Slower Speeds - Survey of 195 Countries. At America's tech leader and having the biggest economy, cellular and internet access should be the cheapest in the world, instead it is the most expensive, and it doesn't work as well. Another article the same day addresses the problem from a different perspective - Conservatives have swallowed the (((free trade))) ideology hook, line, and sinker: Conservatives' Obsession With Free Markets Is Foolish, and Not at all Conservative.

Vibrant competition is absolutely essential in order for a capitalist economic system to function effectively.  Unfortunately, in the United States today we are witnessing the death of competition in industry after industry as the biggest corporations increasingly gobble up all of their competitors.

John D. Rockefeller famously once said that “competition is a sin”, and he was one of America’s very first oligopolists.  According to Google, an oligopoly is “a state of limited competition, in which a market is shared by a small number of producers or sellers”, and that is a perfect description of the current state of affairs in many major industries.  In early America, corporations were greatly limited in scope, and in most instances they were only supposed to exist temporarily.  But today the largest corporations have become so huge that they literally dominate our entire society, and that is not good for any of us.

Just look at what is happening in the airline industry.  When I was growing up, there were literally dozens of airlines, but now four major corporations control everything and they have been making gigantic profits…

What is true of the airline industry is increasingly true of America’s economy. Profits have risen in most rich countries over the past ten years but the increase has been biggest for American firms. Coupled with an increasing concentration of ownership, this means the fruits of economic growth are being monopolised.

If you don’t like how an airline is treating you, in some cases you can choose to fly with someone else next time.

But as a recent Bloomberg article pointed out, that is becoming increasingly difficult to do…

United, for example, dominates many of the country’s largest airports. In Houston, United has around a 60 percent market share, in Newark 51 percent, in Washington Dulles 43 percent, in San Francisco 38 percent and in Chicago 31 percent. This situation is even more skewed for other airlines. For example, Delta has an 80 percent market share in Atlanta. For many routes, you simply have no choice.

And of course the airline industry is far from alone.  In sector after sector, economic power is becoming concentrated in just a few hands.

For a moment, I would like you to consider these numbers…

I knew that things were bad, but I didn’t know that they were that bad.

Capitalism works best when competition is maximized.  In socialist systems, the government itself becomes a major player in the game, and that is never a desirable outcome.  Instead, what we want is for the government to serve as a “referee” that enforces rules that encourage free and fair competition.  Jonathan Tepper, the author of “The Myth of Capitalism: Monopolies and the Death of Competition”, made this point very well in an excerpt from his new book…

Capitalism is a game where competitors play by rules on which everyone agrees. The government is the referee, and just as you need a referee and a set of agreed rules for a good basketball game, you need rules to promote competition in the economy.

Left to their own devices, firms will use any available means to crush their rivals. Today, the state, as referee, has not enforced rules that would increase competition, and through regulatory capture has created rules that limit competition.

Our founders were very suspicious of large concentrations of power.  That is why they wanted a very limited federal government, and that is also why they put substantial restrictions on corporate entities.

When power is greatly concentrated, most of the rewards tend to flow to the very top of the pyramid, and that is precisely what we have been witnessing.  The following comes from the New York Times…

Even when economic growth has been decent, as it is now, most of the bounty has flowed to the top. Median weekly earnings have grown a miserly 0.1 percent a year since 1979. The typical American family today has a lower net worththan the typical family did 20 years ago. Life expectancy, shockingly, has fallen this decade.

So what is the solution?

Well, one of the big things that we need to do is to stop crushing small business.

In order for more competition to exist, we need more competitors to enter the marketplace, but instead we have been crushing “the little guy” with mountains of regulations and deeply oppressive taxes.

And you know what?  Many of the big corporations actually like all of the red tape because they know that they can handle it much easier than their much smaller competitors can.  That gives them a competitive advantage, and it creates a barrier to entry that is difficult to overcome.

When I was in school, I was taught that one of the reasons why the U.S. system was so much better than communist systems was because we had so many more choices.

But today our choices are very limited in industry after industry, and the gigantic corporate entities that dominate everything don’t really care if we like it or not.

We can do so much better than this, but in order to do so we must return to the values and principles that this nation was originally founded upon.

Source: End of the American Dream