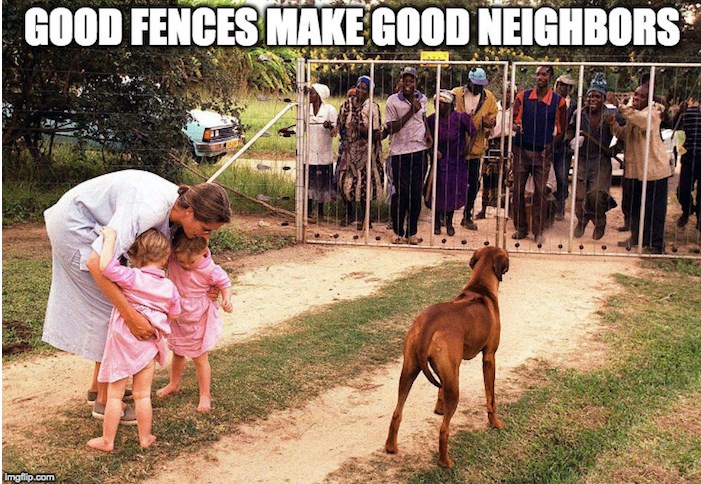 There is no such thing as a “dark skinned” Christian. That is an oxymoron. Christ came for White Israelites (not jews or non-whites) Matthew 15:24. Christ instructed the apostles to only take the message to the “lost sheep of the house of Israel.” There was no epistle to the Africans, no epistle to the Arabians, no epistle to the Chinese, no epistle to the Indians… do you get it? Galatians, Romans, Corinthians, etc. were all Whites who descended from the Israelites.
Do you find facts about jewish control of the media “despicable”? If so, you need to find yourself a safe space. Jews openly brag about how they control the media, this is a well-known fact. Simply look up the controlling board members, and CEOs of all major media outlets – nearly every one is jewish.
Also, jews are not God’s chosen. You have clearly fallen for the lie that “Jews are Israelites” which they themselves admit is not true, see evidence here: https://christiansfortruth.com/who-are-jews/

@Earl:
I cannot believe it that in the century of Science that people still believe the books that were written 2000 years ago. I despise “Born Again” idiots who are no difference from the radical Islam. I can’t find one intelligent religious person who can debate. No, they go back to Jesus, who never wrote one gospel. Jesus was a JEW and JEWS are WHITES. So 2000 years ago, an half educated Jesus, wandering through the Middle East, didn’t speak about Africans nor Chinese??? I wonder why! In those days people believed that the world was flat, nobody heard about Asia nor Africa (well that is not totally true, the Arabs were sailing along the coast of Eastern Africa.) If any of you believe in the Genesis then you should go back to Biology lessons.
Further there are many white tribes and they fought each other, go back to History lessons.

Earl says: “Galatians, Romans, Corinthians, etc. were all Whites who descended from the Israelites.” I don’t think so. They were European tribes.
https://www.youtube.com/watch?v=8r-e2NDSTuE
By the Way, one Born Again man told me that I will burn in Hell.
He is a White Christian Afrikaner, nice huh.

The first chapter of Matthew gives the genealogy of Christ through Mary. Tell me, which of all those names listed is a Jew? I see members of the Tribe of Judah, but no Jews. The Jews of Judea at the time of Christ were recent Edomite converts, who falsely claimed to be of the bloodline of Abraham, but Christ rebuked them for making this false claim, telling them that their father was a “murderer from the beginning,” (John 8:44) and that can only be Cain. Therefore, to claim that Jesus was a “Jew”, you are claiming that Christ is from the bloodline of Cain, which is patently absurd and impossible.

When the races are forced to live together, there is always violence, and it isn’t caused by “racism”. And to point this fact out isn’t “hate”. White people have tried and failed up to lift Blacks with “love” and “unity” after Apartheid fell, and now we see where our misguided idealism and vanity has gotten us: farm murders and Whites brutalized for no other reason than that they are White and therefore “evil”.

To be quite honest I wish whites from other countries would not come here to help a race that does these heinous deeds towards another human. Of course one can’t generalise, but there is far too much of this happening and until we have a change in government and get the ANC out of power we as whites are doomed because ultimately they want whites out of our own land.

Seriously?…the idea of a post like this is to spread awareness across the planet about the real situation in South Africa and the fact that all white people’s lives are in danger no matter whether you are from South Africa, European, American, Australian, a Christian, a Jew, an atheist, a woman, a child or Trump’s cleaner…nobody is gonna ask for a resume or CV…as dangerous it is for any white person, as dangerous it is for any other person of colour…with 57 murders per day of which only 1 in 3 days is a white person, nobody is save anymore due to the ANC instability and it’s very disappointing to read these comments…being racist, using religion (which in any case is a mental disease) and or Jewish Zionism to justify or rather hide behind the poor taste in commenting is a direct reflection of one’s character. ..lets show some respect for the individual who gave up his private life for the good of humanity…you all missing the point

Seriously?…wow, did you miss the boat. It is through the lens of the mental illness called liberalism that your very narrow minded view of what is happening is seen. Continue to be led around by the nose by the same people who have earmarked you and your people for destruction…and you will be destroyed. Plain and simple.

When nearly 95% of the media GLOBALLY is owned by jews…it’s not a lie! Just because there are still plenty of white useful idiots in possession of wealth, does NOT mean the jewsmedia can be exhonerated, because these ‘white’ CEO’s are nothing but jews-between-the-ears anyway!