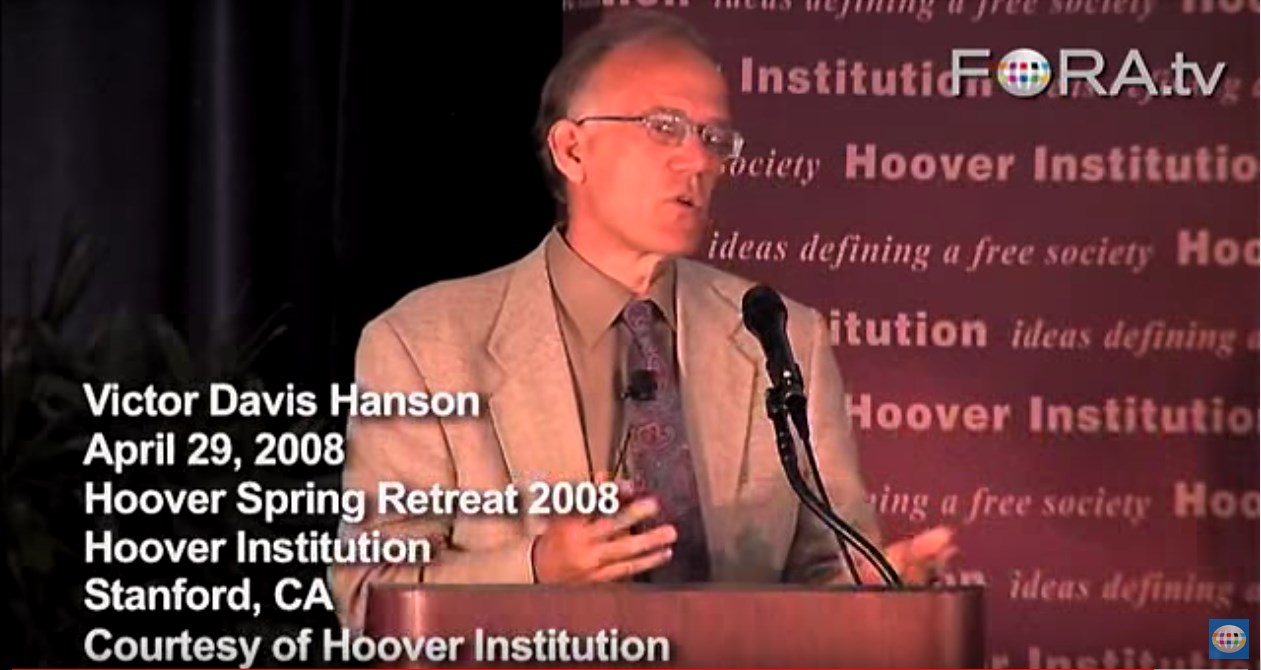 Political Correctness - A God That Failed?

Complete video at: http://fora.tv/2008/04/29/Victor_Davi... Hoover Institution Senior Fellow Victor Davis Hanson discusses problems he believes have risen from the advent of political correctness in the university.

----- Victor Davis Hanson discusses The Gods that Failed: Where the University Went Wrong.

This event was part of the Hoover Institution's Spring Retreat 2008. Victor Davis Hanson is a Senior Fellow at the Hoover Institution, Stanford University, a professor emeritus at California University, Fresno, and a nationally syndicated columnist for Tribune Media Services. He was a full-time farmer before joining CSU Fresno, in 1984 to initiate a classics program. In 1991, he was awarded an American Philological Association Excellence in Teaching Award, which is given yearly to the country's top undergraduate teachers of Greek and Latin. Hanson was a National Endowment for the Humanities fellow at the Center for Advanced Studies in the Behavioral Sciences, Stanford, California (1992-93), a visiting professor of classics at Stanford University (1991-92), a recipient of the Eric Breindel Award for opinion journalism (2002), and an Alexander Onassis Fellow (2001) and was named alumnus of the year of the University of California, Santa Cruz (2002). He was also the visiting Shifrin Chair of Military History at the U.S. Naval Academy, Annapolis, Maryland (2002-3). He received the Manhattan Institute's Wriston Lectureship in 2004, and the 2006 Nimitz Lectureship in Military History at UC Berkeley in 2006.

Love how he calls out the anti-western liberals and their hypocrisy: they (liberals) would rather go to Israel than Ramallah to have their appendix operated on; or, they don't dare say God is dead in Saudi Arabia; or, getting into a string bikini and hitting the beach in Iran! Love it!!! Love it!!!

I want my all white neighborhoods back!