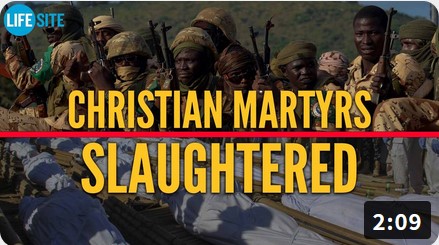 GRAPHIC: Bodies of Christian martyrs piled high on truck after massacre in Nigeria

LifeSiteNews has been sent graphic footage of Christian martyrs being brought for burial after the latest Islamist massacre in northern Nigeria.

Approximately 49 Christians were killed in two villages almost one hundred miles south of Kaduna City on Sunday by Fulani Islamists, with a further three missing and five receiving hospital treatment after the attack.

We're at the end of white Christian America. What will that mean?

After accounting for eight out of 10 Americans in 1976, white Christians are now a minority, a study has found. The political implications could be profound