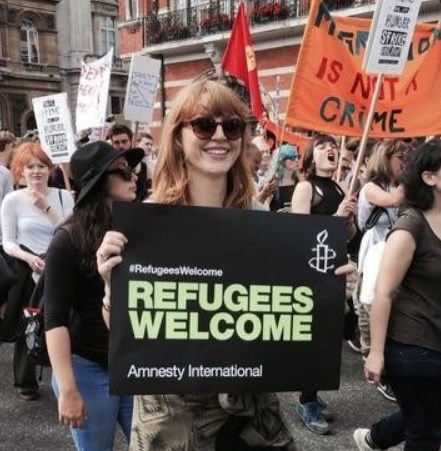 People are starting  to say we the people should not donate money to this organization as it is a hate organization against whites and other races.

Amnesty International supposedly a human rights organization but only represent when it comes to the left wing globalist point of view, it does not defend whites, but it takes money from whites.

Today’s decision by the St Petersburg City Court to deny the appeal of a prominent Russian non-governmental organization (NGO) against a previous court order to register as a “foreign agent” is a legal assault on the whole of civil society in Russia, Amnesty International said.

Anti-Discrimination Centre Memorial, an important human rights NGO working on behalf of victims of racism and xenophobia in Russia, decided to close down its activities in Russia rather than wear the label of a “foreign agent” or risk the criminal prosecution of its leader for failing to register.

“The court had two options, and its choice was not in favour of justice and human rights. Its disheartening decision is in line with the prevailing tendency promoted by the Russian government to stamp its authority on any civil society activity. It sets a dangerous precedent which could be used against other NGOs,” said Sergei Nikitin, Director of Amnesty International’s Moscow office.

“The Russian authorities are deliberately depriving Russian society of an alternative voice, of checks and balances to the government’s actions. They attack anybody who dares to criticize them.”

The persecution of ADC Memorial started more than a year ago when the Prosecutor’s Office referred to its report, Roma, migrants and activists: the victims of police abuse, submitted to the UN Committee Against Torture (CAT) in November 2012, as evidence of ADC Memorial being involved in “political activity” and hence, violating Russia’s newly adopted law by failing to register as a “foreign agent”.

The NGO successfully resisted two court cases brought against it by the Prosecutor’s Office, in May and July 2013. However, on 12 December 2013 a court in St Petersburg found in favour of the Prosecutor’s Office’s new request to recognize all of ADC Memorial’s activities as “political” and compel it to register as a “foreign agent”.

“The court proceedings were not objective. Our arguments were not considered. Our lawyers were interrupted time and again while the prosecution was given a free rein.”

The “foreign agents” law, introduced more than a year ago, gives the Russian authorities the power to impose hefty fines and severe administrative penalties on organizations which receive foreign funding and engage in loosely defined “political activities” but fail to register as “an organization performing the functions of a foreign agent”.

The court decision against ADC Memorial comes the same day as Russia’s Constitutional Court ruled that the “foreign agents law” is in line with the country’s Constitution. A number of NGOs and the Human Rights Ombudsman Vladimir Lukin had challenged the law on the grounds that it violates the rights to freedom of expression and association, both of which are purportedly protected under Russia’s Constitution. 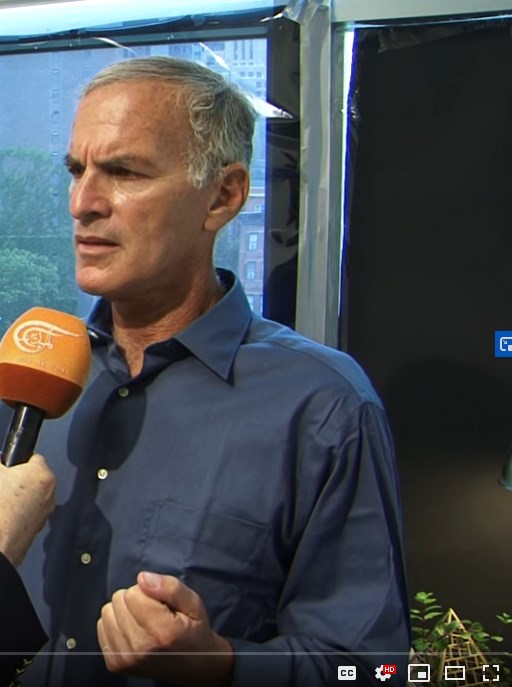 Human rights group accused of Israeli bias in their assessment of Gaza 2014 attack which caused the death and injury to thousands of Palestinians, mostly civilians.

ken thomas 7 months ago (edited)
Palestine has the legal right to defend itself from an illegal invader. Israel is a criminal nation. We need another Nuremberg --this time for the Israelis. BDS....one state solution.

ELIAKIM Joseph Sophia 1 year ago
LOL Amnesty International, the first thing they do is ask you if you are Jewish then they start going on about what Israel does. I asked those members of Amnesty if they had actually walked on the land of Israel, and they responded no.

https://www.stormfront.org/forum/t1198719/
Re: Syria: Jew Amnesty International says Assad's regime is hanging people for no reason Israel should offer to take them rather than let Assad hang them. I think there is a rejection of WN suggestions like the one above because at this point in time Israel has not yet learned how to be multicultural. 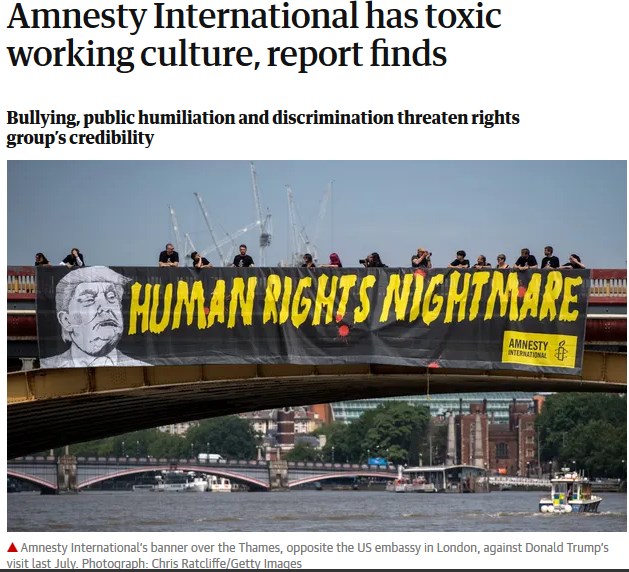 https://wikispooks.com/wiki/Peter_Benenson
Large Jewish family. He was born in London as Peter James Henry Solomon, to a large Jewish family, the only son of Harold Solomon and Flora Benenson; Peter Benenson adopted his mother's maiden name later in life.
Read 2732 times Last modified on Thursday, 18 November 2021 22:12
Tweet
Tagged under
back to top