An open letter in support of the Black Lives movement signed by more than 600 different Jewish groups was published by the New York Times On the 57th anniversary of the Reverend Martin Luther King Jr’s 1963 March on Washington for Jobs and Freedom. Appearing as an advertisement, the open letter was posted on the 17th page of the Times’ main section.

Jews have always supported the Civil Rights Movement in America. People have forgotten how deeply rooted anti-Semitism was in that country until the changes brought about by the Civil Rights Movement. Segregation of Jews was the reason why there were so many separate Jewish law firms and financial firms in America: Jews could not get hired at the “traditional” firms.

Films can be seen of prominent Jewish leaders like the Rabbi Abraham Joshua Heschel marching alongside the Reverend Martin Luther King Jr in demonstrations. But today, unfortunately, we dwell more on the visions between American Black and Jewish communities.

The signatories were a plethora of congregations as well as some major organizations like the Anti-Defamation League, multiple chapters of the National Council of Jewish Women, the Union for Reform Judaism and the United Synagogue of Conservative Judaism.

Detractors will point out that most of the Jewish groups are representative of the more politically liberal Jewish communities in America and there were even some with names like Anti-Zionist Shabbat.

The letter declared: “The Black Lives Matter movement is the current day Civil Rights Movement in this country, and it is our best chance at equity and justice. By supporting this movement we can build a country that fulfills the promise of freedom, unity, and safety for all of us, no exceptions.”

The Jewish groups stated: “We are Jewish organizations and synagogues from across the racial and political spectrum; from different streams of Judaism; whose members trace their lineage from countries around the world. We support the Black-led movement in this country that is calling for accountability and transparency from the government and law enforcement. We know that freedom and safety for any of us depends on the freedom and safety of all of us,”

As Jews, we know how dangerous this is: when politicians target Jewish people and blame us for problems, it leads directly to violence against us. When Black movements are undermined, it leads to more violence against Black people, including Black Jews.

Antisemitism is part of the same machinery those politicians use to blame Black and brown people, people who are immigrants, people who are Muslim, and more. But whether they generate division and fear based on our religion, our skin color, or how long we’ve been here, their goal is to keep us from working together to win the things we all need to survive and thrive.

When Jewish people join together with our neighbors across racial and religious differences, as we have in the past, we can protect each other and build the future of freedom and safety we all deserve.

Jewish tradition teaches us that justice is not something that will be bestowed upon us, it is something that we need to pursue — the pursuit is itself sacred work. We’ll show up for each other every time one of us is targeted because of our differences, and reject any effort to use fear to divide us against each other.” 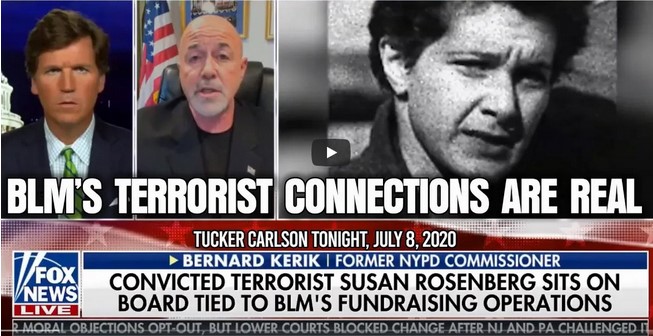 Black Lives Matter is supported by the Zionist mainstream media and George Soros.

Black Lives Matter Terrorist connections are real! Tucker Carlson reports that Black Lives Matter is sponsored and funded by Thousand Currents, a non-profit whose Vice Chair is a domestic terrorist that Bill Clinton pardoned in the final hours of his administration. The name of this terrorist is Susan Rosenberg, who had served 16 years of her 53 year sentence when she was pardoned. She is back at it with BLM. Imagine that! Former NYPD Commissioner Bernard Kerik has issued a warning that Thousand Currents, the fundraising organization that Black Lives Matter employs, is led by a known terrorist, Susan Rosenberg. She was convicted in 1985 for possessing hundreds of pounds of explosives. She was involved with many robberies, police officer assassinations, and bombings. Former president Bill Clinton pardoned her, along with many terrorists, in the last days of his presidency in a scandal that is called Pardongate. Kerik believes that Black Lives Matter is engaged in terrorism. Bill Clinton pardoned 16 other terrorists involved in setting 120 bombs in the USA. Congress condemned his pardons by a wide House and Senate majority. https://www.washingtonexaminer.com/ne... https://en.wikipedia.org/wiki/Bill_Cl...

Undiluted and Uncensored
Former NYPD Commissioner Bernard Kerik has issued a warning that Thousand Currents, the fundraising organization that Black Lives Matter employs, is led by a known terrorist, Susan Rosenberg. She was convicted in 1985 for possessing hundreds of pounds of explosives. She was involved with many robberies, police officer assassinations, and bombings. Former president Bill Clinton pardoned her, along with many terrorists, in the last days of his presidency in a scandal that is called Pardongate. Kerik believes that Black Lives Matter is engaged in terrorism. By the way, Clinton pardons 16 other terrorists involved in setting 120 bombs in the USA. Congress condemned his pardons by a wide House and Senate majority. Folks, you simply cannot trust leftist politicians. https://www.washingtonexaminer.com/news/black-lives-matter-fundraising-handled-by-group-with-convicted-terrorist-on-its-board?fbclid=IwAR1y41T3j1AymzfQGQ0qsgh3ABUhAiphHrWukZV0OJrVHsCm48TeOq8U6gI https://en.wikipedia.org/wiki/Bill_Clinton_pardon_controversy?fbclid=IwAR3P4cGmXXeHobwNBG3iujBlIDdnv0MGqI_cocQkkHU15YP4KW5rMtmS6w8 https://youtu.be/0Sk5zXjYP7o

jackb249
According to Wikipedia: After her release, Rosenberg became the communications director for the American Jewish World Service, an international development and human rights organization, based in New York City. She also continued her work as an anti-prison activist, and taught literature at John Jay College of Criminal Justice, in Midtown Manhattan, New York City. After teaching for four semesters there as an adjunct instructor, the CUNY administration, responding to political pressure, forced John Jay College to end its association with Rosenberg, and her contract with the school was allowed to expire without her being rehired. In 2004 Hamilton College offered her a position to teach a for-credit month-long seminar, "Resistance Memoirs: Writing, Identity and Change." Some professors, alumni and parents of students objected and as a result of the ongoing protests, she declined the offer. 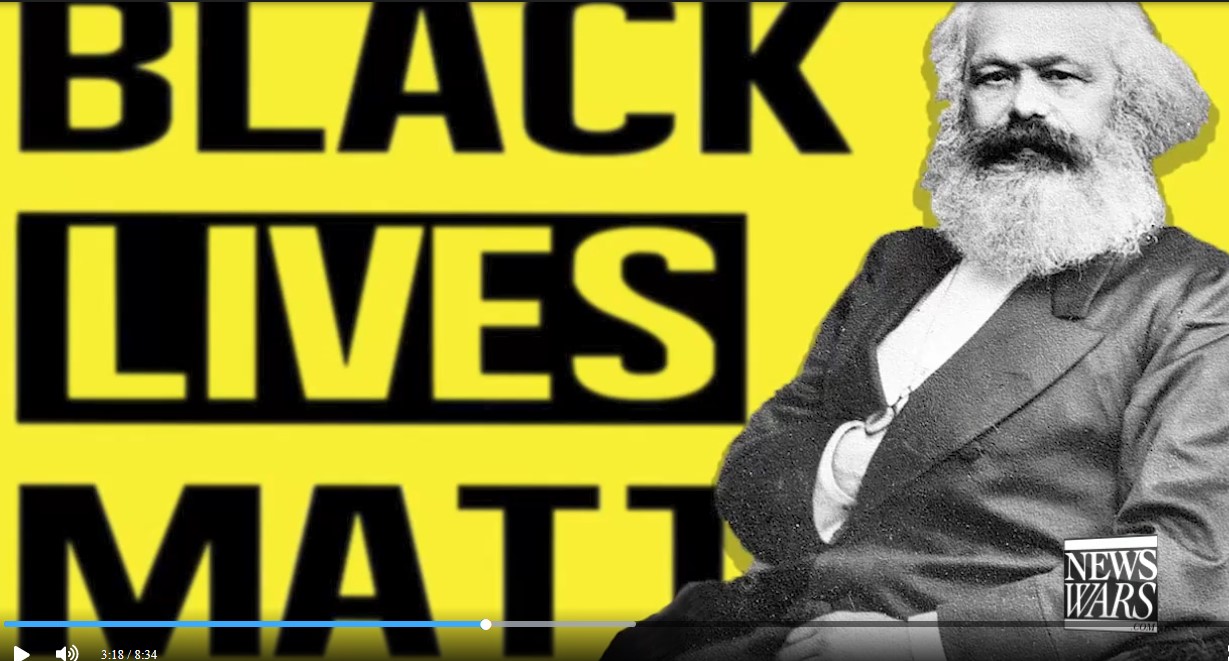 The sway BLM has over our Country right now has become that of an occupying force. And BLM is supported by forces that would like nothing more than to occupy the United States in some way shape or form. Soros’ largely unchallenged social manipulation maneuvers via the Open Society foundations engineers BLM. As the Daily Caller wrote "One of the group’s biggest donors is the Tides Foundation, a non-profit funded by billionaire progressive philanthropist George Soros. Communist Hollywood Propagandizing China supports BLM. Silicon Valley and the United Nations support BLM. And of course sycophantic Globalist corporate wannabe overlords support BLM.

Alice14
Good work by Tucker Carlson reporting on the connection between BLM and convicted Marxist terrorist (pardoned by Bill Clinton) Susan Rosenberg (JEW).
"Some call it Marxism - I call it Judaism." - Rabbi Stephen S. Wise, in the American Bulletin of May 15, 1935
"Jewry has come to wield a considerable power in the Communist Party." - Dr. Avrahm Yarmolinsky, in The Menorah Journal (New York), July 1928, p. 37
"It is not an accident that Judaism gave birth to Marxism, and it is not an accident that the Jews readily took up Marxism; all this is in perfect accord with the progress of Judaism and the Jews." - Harry Waton, A Program for the Jews and an Answer to All Anti-Semites (New York: Committee for the Preservation of the Jews, 1939), p. 148
"There are many Bolshevik leaders of Jewish extraction" - D. L. Sandelsan, in The Jewish Chronicle (London), February 20, 1920, p. 22
"The Jewish elements provide the driving forces for communism" - Dr. Oscar Levy, The World Significance of the Russian Revolution
"The Jews [have been] furnishing for the Bolsheviks the majority of their leaders" - The Jewish World (London), April 16, 1919, p. 11
"Russian Jews have taken a prominent part in the Bolshevist movement" - The American Hebrew (New York), November 18, 1927, p. 20 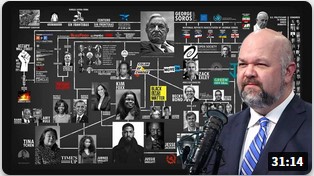 Soros And The Secret Origins Of Black Lives Matter 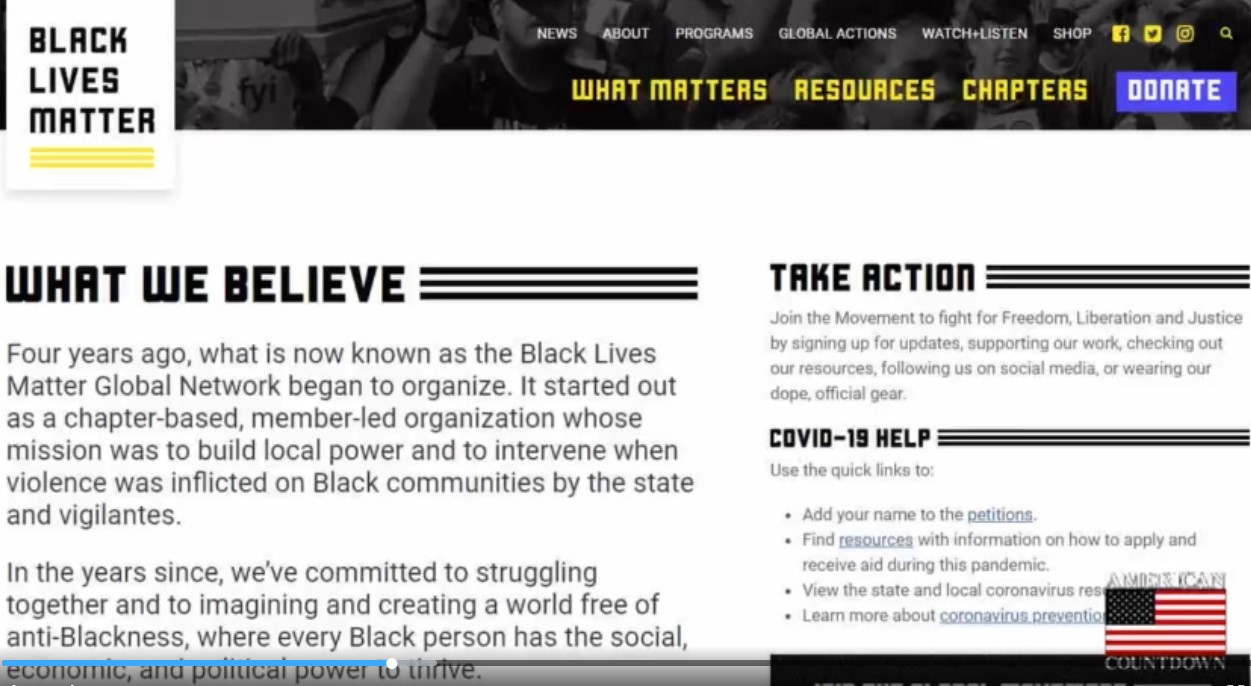 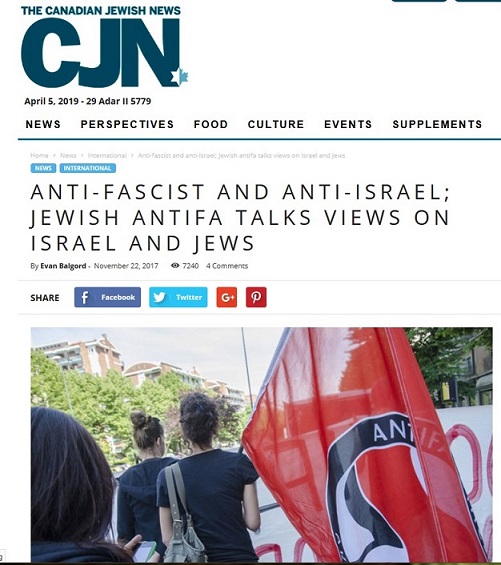 Antifa is the Jewish Communist movement in all western countries and they use the black Lives Matter organization.