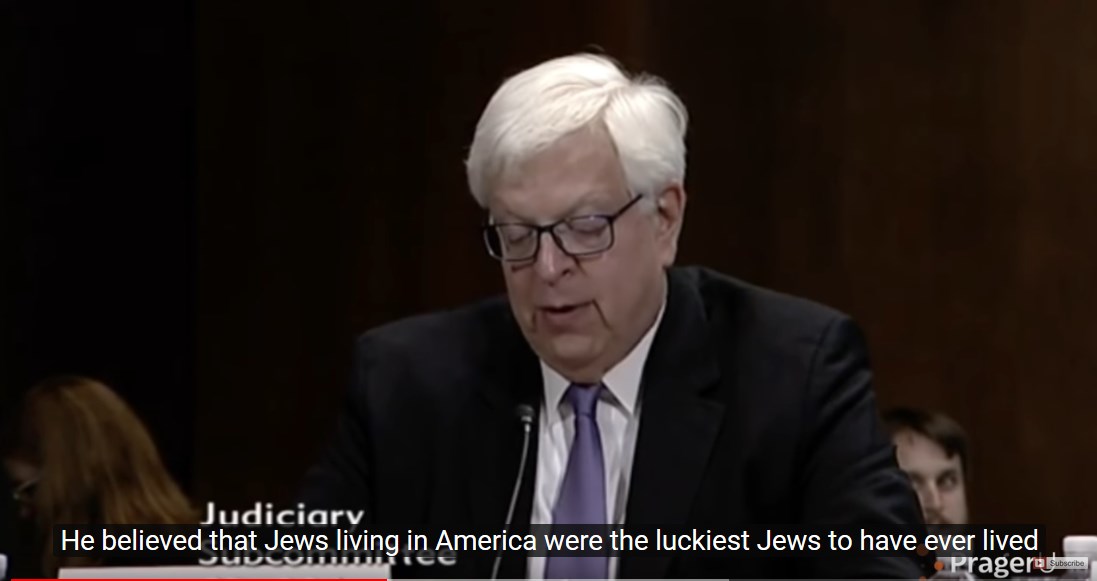 Dennis Prager and Google VP Testify Before the U.S. Senate on Tech Censorship

Crowder never did anything wrong, Hirono is incredibly biased

Google: "We don't censor speech, we just don't allow certain types of speech." This is the spokesperson that Google sent?

I was once banned from Facebook for a month. My crime? ...I had the audacity to ask for scientific evidence for the claim there were more than 2 genders !

"Our employees at Google come from a variety of POVs from different countries...' (except that when they don't agree with Google's... we fire them).

If Mr. Prager is a "youtube success story" then why are you restricting his videos?

Save Tommy Robinson, investigate what they have done to him because he exposed BBC

Twitter doesn’t remove “Isis-related content!” Thousands of tweets from Islamists celebrating the burning of Notre Dame all stayed up!

I have been on YouTube since it's second year. My account was monetized from the start of monetization and in the YouTube Partner Program since it's inception. When they demonetized everyone who ran a small channel I was hit. On reaching the new requirements, I applied for monetization. Rejected without reason. On appealing, and asking TeamYouTube on Twitter, I was told I'm 'not eligible for the YouTube Partner Program' - I sent them screenshots showing not only am I eligible, I'm STILL IN the program and have been since it's start. They then stopped replying to me and all appeals are immediately rejected without comment. I've never broken TOS, but I am a political centrist critical of Marxists. Add me, @bashpr0mpt on Twitter, if you're sick of this bigotry against us. We need to network and unify against these tech tyrants.

Drain The Swamp 2 months ago

I only watched until halfway of Ms. Hirono's time. I can't take her. She twists and lies about everything and uses very biased sources as fact. I don't believe as some commenters mentioned that she's being bought. I believe she hates the right so much and just follows the theme of whatever the left is thinking or saying. She doesn't even speak from her own mind but from hatred of the right and blind following of the left.

Ms. Hirono cites a report from Vice News and a study conducted by Media Matters on big tech censorship of the right. i had to stop listening to her. I was afraid she would bring up the disgraced Southern Poverty Law Center. Another group of leftist hacks like Media Matters and VIce news. My ears coundnt have handled it.