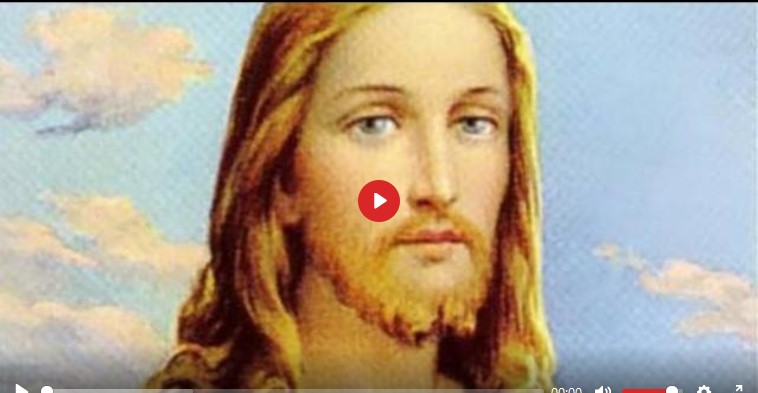 100 Proofs The Israelite's Were White (REPOST)

Are there any biblical descriptions of Jesus? The following is description of the Nazarites:

"Her Nazarites were purer than snow, they were whiter than milk, they were more ruddy in body than rubies, their polishing was of sapphire:" Lamentations 4:7

If Jesus was a Nazarite, how could he be a mixed raced or a black man? Further more if he was a descendant of Adam how could he not be white and capable of blushing?

Are there any historical descriptions of Jesus? The Roman Consul Lentulus wrote a letter to the Emperor. In this, Lentulus describes the condemned man, Jesus of Nazareth, as having blue eyes and blond hair:

"A noble and lively face, with fair and slightly wavy hair; black and strongly curving eyebrows, intense penetrating blue eyes and an expression of wondrous grace. His nose is rather long. His beard is almost blonde, although not very long. His neck is slightly inclined so that He never appears to be bitter or arrogant. His tanned face is well proportioned. It gives the impression of gravity in wisdom, sweetness and good, and is completely lacking in any sign of anger."

"Lentulus, the Governor of the Jerusalemites to the Roman Senate and People, greetings. There has appeared in our times, and there still lives, a man of great power (virtue), called Jesus Christ. The people call Him prophet of truth; His disciples, son of God. He raises the dead, and heals infirmities. He is a man of medium size (statura procerus, mediocris et spectabilis); He has a venerable aspect, and His beholders can both fear and love Him. His hair is of the colour of the ripe hazel-nut, straight down to the ears, but below the ears wavy and curled, with a bluish and bright reflection, flowing over His shoulders. It is parted in two on the top of the head, after the pattern of the Nazarenes. His brow is smooth and very cheerful with a face without wrinkle or spot, embellished by a slightly reddish complexion. His nose and mouth are faultless. His beard is abundant, of the colour of His hair, not long, but divided at the chin. His aspect is simple and mature, His eyes are changeable and bright. He is terrible in His reprimands, sweet and amiable in his admonitions, cheerful without loss of gravity. He was never known to laugh, but often to weep. His stature is straight, His hands and arms beautiful to behold. His conversation is grave, infrequent, and modest. He is the most beautiful among the children of men."

Pontius Pilate in a letter to the Emperor of the time Tiberius Caesar also describes Christ with golden colored hair:

A young man appeared in Galilee preaching with humble unction, a new law in the Name of the God that had sent Him. At first I was apprehensive that His design was to stir up the people against the Romans, but my fears were soon dispelled. Jesus of Nazareth spoke rather as a friend of the Romans than of the Jews. One day I observed in the midst of a group of people a young man who was leaning against a tree, calmly addressing the multitude. I was told it was Jesus. This I could easily have suspected so great was the difference between Him and those who were listening to Him. His golden colored hair and beard gave to his appearance a celestial aspect. He appeared to be about 30 years of age. Never have I seen a sweeter or more serene countenance. What a contrast between Him and His bearers with their black beards and tawny complexions! Unwilling to interrupt Him by my presence, I continued my walk but signified to my secretary to join the group and listen. Later, my secretary reported that never had he seen in the works of all the philosophers anything that compared to the teachings of Jesus. He told me that Jesus was neither seditious nor rebellious, so we extended to Him our protection. He was at liberty to act, to speak, to assemble and to address the people. This unlimited freedom provoked the Jews -- not the poor but the rich and powerful.

Later, I wrote to Jesus requesting an interview with Him at the Praetorium. He came. When the Nazarene made His appearance I was having my morning walk and as I faced Him my feet seemed fastened with an iron hand to the marble pavement and I trembled in every limb as a guilty culprit, though he was calm. For some time I stood admiring this extraordinary Man. There was nothing in Him that was repelling, nor in His character, yet I felt awed in His presence. I told Him that there was a magnetic simplicity about Him and His personality that elevated Him far above the philosophers and teachers of His day.

Now, Noble Sovereign, these are the facts concerning Jesus of Nazareth and I have taken the time to write you in detail concerning these matters. I say that such a man who could convert water into wine, change death into life, disease into health; calm the stormy seas, is not guilty of any criminal offense and as others have said, we must agree -- truly this is the Son of God.

Your most obedient servant,

If Jesus was white and looked liked any modern white males today. Then what did the rest of Israel look like? Is it not obvious!