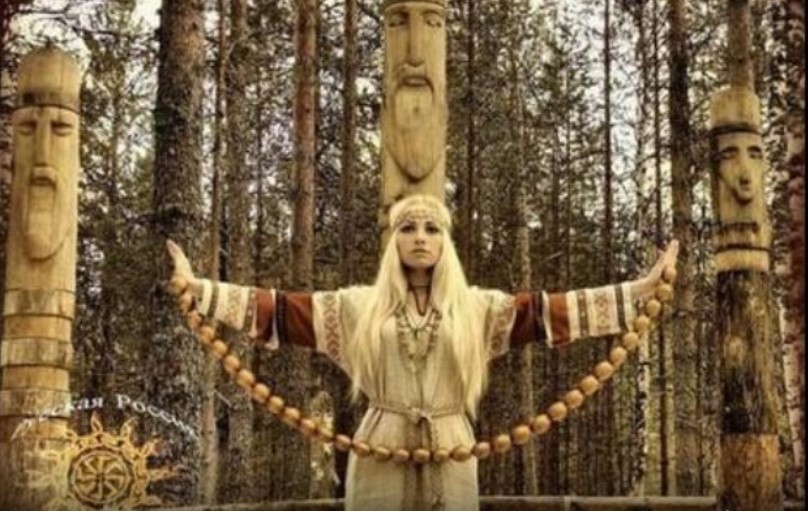 Paganism is here in Europe and other white western countries, Whites have discovered who they really are and their history.. hail the gods and loyalty and honor to our dead ancestors!

What Is Known About Slavic Mythology 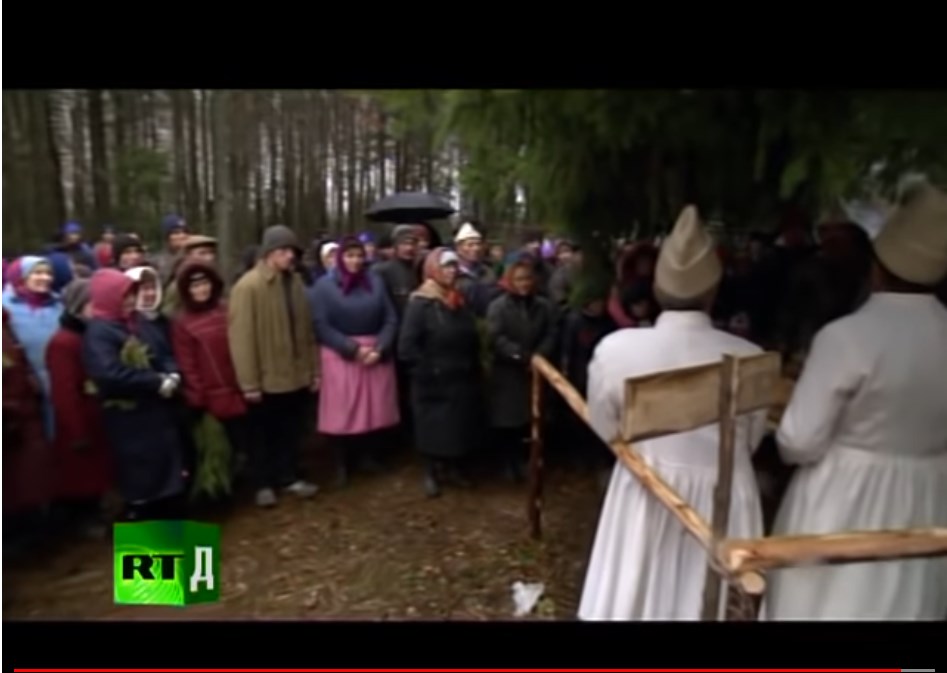 MariUver
Published on Mar 14, 2012
In ancient times, people of most ethnic groups used to pray like the Mari El pagans do to this day. These people are so loyal to their gods that their belief survived both the Christian expansion and the ban on all religions during Soviet times. Their ceremonies resemble scenes from Hogwarts, but their religious leader looks nothing like Alan Rickman. Meet Europe's last pagans on RTDoc. Source: RTД 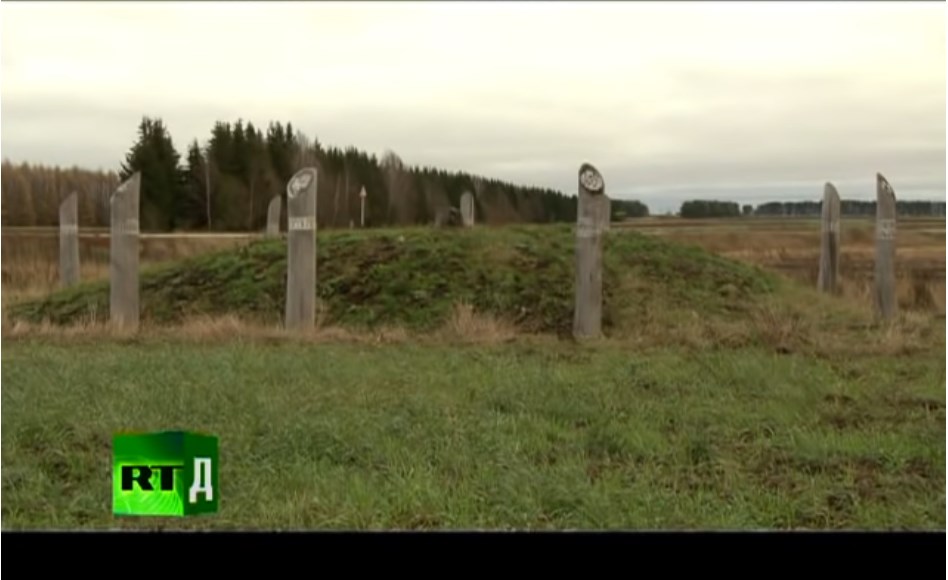 Kevin Hosford 5 years ago
Our faith is a recreation of the ancient ways. The Mari faith however ARE the ancient ways. Handed down generation to generation in an unbroken chain. I never knew until today that branches of Paganism survived intact through the burning times.

shtony2717 4 years ago
When they say "Europe's last pagans" it doesn't mean they are the only ones, as many people here have said on their comments. What they mean is that this religion is the only pagan one that was UNBROKEN and survived. All other pagan religions, such as neopagans, reconstructionists, and Wiccans are either new or rebuilding a religion that technically died. Much of the customs and knowledge was lost, these people never lost their religion so in the sense of an unbroken chain of worship, yes they are the last pagans in Europe.

The Arch Warlock 4 years ago
LOL those of you saying "Thank God" for smashing Paganism, are profoundly ignorant. The name God comes from Godan meaning Good One, and thus Odin, Wodan, Vodun, Rodan, etc. Otherwise Pagan simply means from GREEK  country dweller. So you :Christians" living in the Country listening to Country Music are by default under Greek and Roman terms already PAGANS, and were called such by said ROMANS before Constantine had Catholicism made as the Religion of the Roman empire. From your "monotheist claims" El Elyon /Al Alyan/ Al ilah also are such "PAGAN" names and origins. Deal with it. Tolerance is a ridiculous claim, try Respect, learn impersonal truth and then knock it the fuck off.
So good God does not take sides, but damn the believers who think they have some sort of DIVINE patent on the Universe. Have you buried the dead, prayed for them at head stones, left flowers at a grave? You are by default making a sacrifice to the dead. Have you ever sworn an oath on a ring for a wedding, celebrated Christmas, had a pot luck, lit a candle, sang, danced, asked for the Divine to send you some sort of sign? Its all the same. Where do you think it all comes from? Polytheism nitwits! Do you not have a panic attack if someone burs a Torah, Bible, Koran? its no different than destroying ancient Rune Stones, building a "Church" on a mound and desecrating another culture's bible written in the land scape! Have you ever used the word Holy Day? Its not Hebrew, Greek or Latin! Have you ever referred to a building of prayer as God's House? It comes From Godhaus, meaning Good House and God House as a temple, and its not Hebrew, Greek or Latin! Your angels and demons come from polytheism. Your term saints replaced the older form Haligar meaning Holy Ones. Even your Hammer Used in a Court of Law comes from Pr-Christian sources as the Hammer of Wuldor, meaning Old Thor ruling over the old courts called the Althingi! Have you ever referred to a gathering for business or family occasions a meeting? They were called Gemota (The Meets) for both religious and secular reasons! Ever tell stories at a camp fire? That goes way back to when people were all nomadic and polytheists! Do you wear any jewelry, use soap, bath? All things from so called pagan sources! You are all being a bunch of insane Rabid DOGS under a CULT of Tyranny! Freedom is also a so called PAGAN WORD AND CONCEPT! No holiday. No festival. No song, no musical instrument, no menu, recipe, NOTHING you can argue does NOT have its roots and Origins in so called PAGAN cultures, and JUST AS YOU Monotheists or Whatever do not Call YOURSELVES Pagans or Heathens, Neither Did the cultures whom you applied such terms to. Period. AND as a FINAL NOTE not a single letter or word or number you read or write existed after MONOTHEISM but Predates it by thousands of years right down to your calendars, your symbols, your methods of building and even your views on HOW TO OR WHAT TO FUCK and what is and isn't TABOO! You know why "God" does not speak to any of you? It is not necessarily that he does not exist. It is because what you are praying to or THINK you are praying to DOES NOT EXIST.

Mary L 6 years ago
No, these aren't the last Pagans. There are many groups that practice Wicca, or are trying to revive the religions of the ancient Celts, Greeks, Romans, Egyptians, etc. They are perhaps the last group of Pagans with an unbroken heritage, but certainly not the only Pagans.
Interesting Comments

odinistpodcast 6 years ago
WWI, WWII and the Opium wars, not to mention the current Middle Eastern wars were all jewish orchestrated.

odinistpodcast 6 years ago
All humans are not equal. They have wildly different levels of achievement for example.

odinistpodcast 6 years ago
Judeo Bolsheviks were not white, they were jews. Every single leader of the Red Army was jewish, apart from Stalin who was part jewish. The regular judeo-bolsheviks were also jewish & funded & trained by a jewish banker named Joseph Schiff & Trotsky (real name Lev Bronstein). They started a fake revolution & killed the Russians, who had an excellent government before that. The US government is entirely jewish controlled. Obama's staff is 3000 % overrepresented with jews as per population..

odinistpodcast 6 years ago
Bolshevik lies are a problem but you do not seriously believe in Christian Identity do you? European people are not Israelites and never were. Jews never even had a civilization & it is very obvious that the same people who write about Abraham ,who pimped out his wife and used her to get land, were not European. The Edomite thing is just an attempt to blame everything on Arabs and to make themselves out to be Aryans. Our culture is extremely different and honor based & they are glorifed gypsies.

odinistpodcast 6 years ago
I am speaking fact. Jews have caused all white countries to be flooded with non white immigrants as an attempt to destroy us and it is working quite well. At the same time, as making anti European immigration laws in Europe, American and Australia and flooding us with non white immigrants, they are very carefully expelling black Africans from Israel.
Read 5853 times Last modified on Monday, 16 March 2020 23:22
Tagged under
back to top