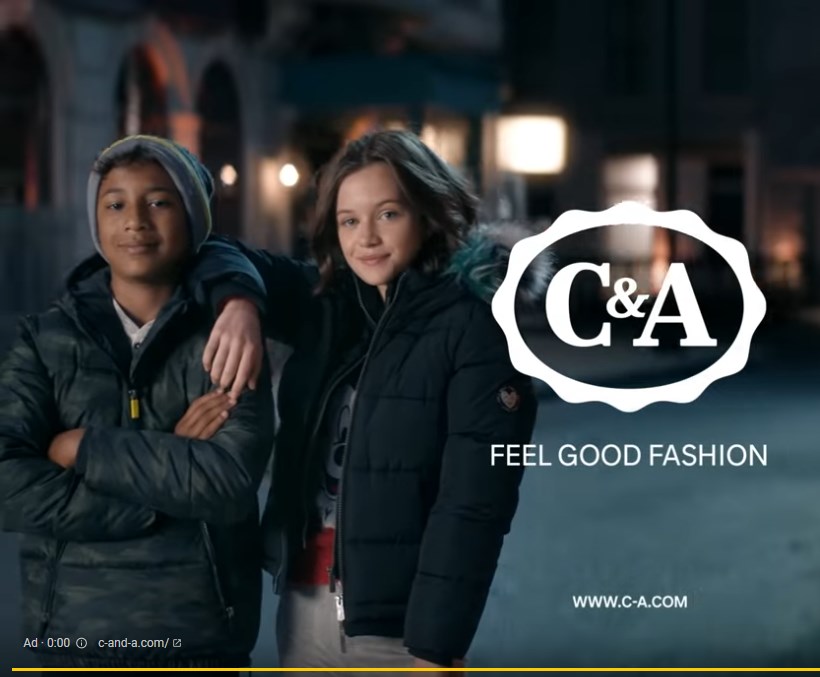 There are many people asking the question why are we going multiracial and who is behind it?  This question we can answer.  There is a group of Globalist eugenicist bankers who took control of the Western media and want to promote a New World Order.  They feel to achieve this, they must break down all the different countries by reducing the birth rate and demographically changing the population by massive invasion of countries with races with different cultures.   When they bring these people into the country, the locals react giving Globalist the excuse to restrict free speech by using the race relations act.

An example multicultural multiracial invasion was in North America when the first Europeans colonized and some the Indian tribes. This is also true of South Africa where the original inhabitants were Bushman, not Black Africans.  Whites colonized the country and allowed large numbers of Black Tribes from the north into the country and eventually the blacks become the majority and today many South African Europeans are trying to leave the country because of Black racist laws against them.

Another example is the Ainu peoples in Japan, who were the original inhabitants and not stereotypical Asians.  They had more European features in contrast to other Asians today.  Asians invaded Japan, defeated the Ainu people, and now there is only approximately twenty thousands to one hundred thousands of them left with the majority of the population calling themselves Japanese.

Globalist feel the majority of European Caucasians and their countries have to go, they have no regard for their own people and consider them animals.  They want to cross breed all races and dumb them down and destroy all, cultures, nations, and rewrite history with false history and think when this is obtained they can easily control We The People.  The Globalist control the main media and education and policial parties and promote a one-sided point of view and do not believe in free speech.  They believe cross breeding the races will lower the overall intelligence level and give We The People less chance to be able to overthrow them in the future.

The Globalist controls all the mainstream media.  They promote white men as not desirable to white women and they promote that black men should have a white woman and that white guys should have an Asian woman. By this mixing over a period of time the pure indigenous population will disappear and have no national feelings about the lands they live in will making them more inclined to follow a New World Order Government.

UNESCO Brown Man is the ultimate goal of the extremist Globalist, who want to melt down every racial group worldwide including Whites, African Blacks, Australian aborigines, American Indians, Chinese, Indians in India, all people of the Middle East through intermarriage and low birth rate.

The following quote by AUTHOR – Israel Cohen(Zionist — Communist — Internationalist) “A Racial Program for the Twentieth Century” >Published in 1912 . On June 17, 1957, the above passage was read into the United States Congressional Record by Rep. Thomas G. Abernathy

“We must realize that our party’s most powerful weapon is RACIAL TENSION. By propounding into the consciousness of the DARK races, that for centuries they have been oppressed by Whites, we can mold them to the program of the Communist Party. In America we will aim for subtle victory. While inflaming the Negro minority against the Whites, we will endeavor to instill in the Whites, a guilt complex for their exploitation of the Negros. We will aid the Negroes to rise in prominence in every walk of life, in the PROFESSIONS, and in the world of SPORTS and ENTERTAINMENT. With this prestige, the Negro will be able to INTER-MARRY with the Whites and begin a process which will deliver America to our cause.”

Is race-mixing wanted by the elites and the media?

Europeans and Jews are scientifically the same people, i.e. “Caucasians”.  The only difference is in the mind.

The daily news which is fed to us generally has very little substance.  It is about squabbles between political opponents, promoting somebody who serves the purposes of the establishment or about a Jewish person.  For example, if a Jewish actor dies, you hear about it.  If a Goyim actor dies, you don’t hear a thing unless they considered him an enemy.  The news is used to inform the anti-Semitic elite and keep the rest of us under their control.

The Australian media, for example, talks about refugees or boat people over & over again and campaigns for their rights to enter Australia. This creates sympathy for any illegals who get hurt or killed getting into Australia.

The media promotes the genocide of white people, blacks, Asians and everyone else and are behind the mass immigration into Western countries to replace the white people including white Jews.  In this article, we have the proof that the madmen that John Lennon talked about should be removed from the banks, and the media and all those others who support them should be tried for Treason by the people of the world. 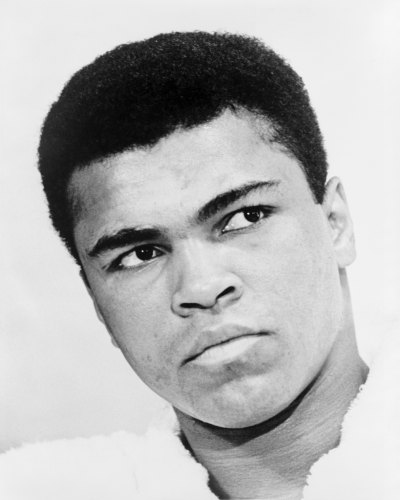 Nick Griffin Speaks About Genocide Of The European People 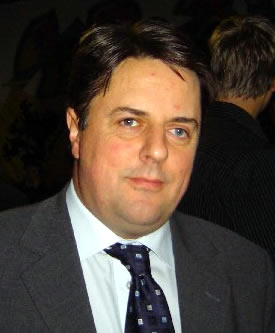 The former MEP, Nick Griffin, speaks out against European genocide in the European Parliment (March 2014).

Muhammed Ali speaks out against interracial marriage, 1968:  "No intelligent black man or black woman in his or her right black mind wants white boys and white girls coming to their homes to marry their black sons and daughters." 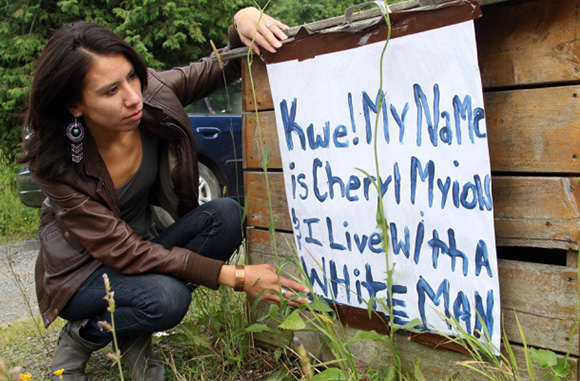 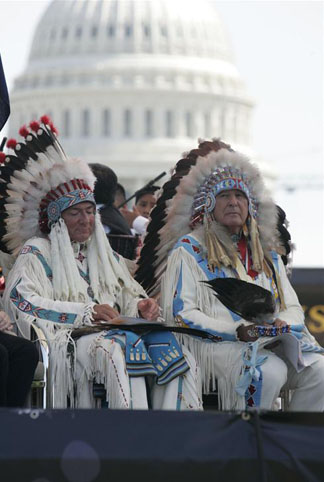 The following articles taken from The New Observer reveal that other communities and racial groups are fully aware of the difference between mixed race and non-mixed individuals and are not happy about having mixed race people within their community.  This is a fight for all citizens around the globe as the destruction of your race through genocide inter-racial marriage means the destruction and loss of your people's history and culture.

Canadian Indian Ban on Mixed-Race Couples Comes under Attack:  As you can see it is not just white European people who are conscious about interracial marriage and breeding.  Many other cultures also have concerns on this topic.  These articles contain some very interesting information on the campaigns against mixed couples within other cultures and communities.

Californian Indian Tribes Use Genetics to Eject Non-Members:  On some Indian reserves in the United States mixed couples have been forcibly removed from Indian reservations and some tribes are now using DNA to find out who are the true Indians among the many imposters within their group.

Miss Fiji: Too White by Half:  This article is about a Beauty Queen who is not pure Fijian and should not have been allowed into the beauty contest due to her mixed heritage. 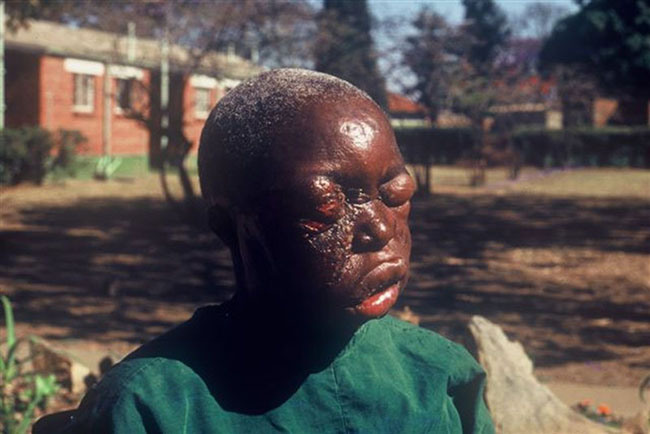 The danger of Sex with Africans: Warning of “Ebola Trojan Horse:" This is yet another article from the New Observer Online issuing precautions against having sex with Africans who may or may not be aware that they carry the Ebola virus.  Doctors have shown that this virus can be passed on via semen and bodily fluids even if they have been given the all clear of Ebola via a blood test.  This is a horrifying disease and as such, you should think very carefully before putting yourself at risk.

It’s no Accident Multiculturalism has been forced on us, Scott Roberts

David Duke fights for white rights and the rights of Africans, Asians and Muslims and Palestinians also

Interracial Marriages in the US: Facts and Figures (and Why White People Must Have More Babies)