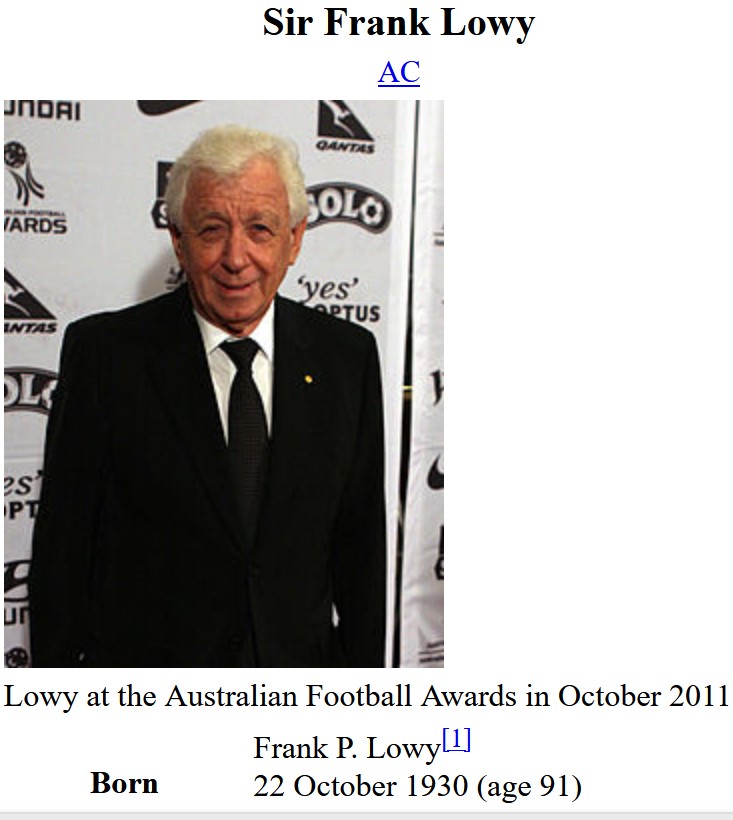 Sir Frank P. Lowy AC (/ˈloʊi/ LOH-ee; born 22 October 1930) is an Australian-Israeli[4][5] businessman of Jewish Slovakian-Hungarian origins[6][7] and the former long-time Chairman of Westfield Corporation, a global shopping centre company with US$29.3 billion of assets under management in the United States, United Kingdom and Europe.

In June 2018 Westfield Corporation was acquired by French company Unibail-Rodamco.[8] He is a former Chairman of Scentre Group, the owner and manager of Westfield-branded shopping centres in Australia and New Zealand.[9][10]

With an assessed net worth of A$8.51 billion in 2021, Lowy was ranked as the ninth richest Australian according to the Financial Review Rich List;[2] having been the richest person in Australia during 2010.[11][12] Forbes Asia magazine assessed Lowy's net worth at US$6.5 billion in January 2019 and placed him fourth in its Australia's 50 Richest people.[13]

Lowy is the founder of the Lowy Institute, Australia's leading foreign affairs think tank,[14][15] which has alternatively been described as "neoliberal",[16] "centre-right" leaning[14] or "reactionary".[17] Lowy is also chairman of the Institute for National Securities Studies, an independent academic institute that studies key issues relating to Israel's national security and Middle East affairs.[18][19]

Frank Lowy, an Australian Jew, for the first time was identified as the nation’s richest man.

Lowy, who survived the Holocaust as a teenager on the run and then fought in Israel’s 1948 War of Independence, has amassed a fortune estimated at $4.5 billion from the Westfield Group, an empire of
shopping malls in the United States, United Kingdom, Australia and New Zealand.

He moved up to the top slot from No. 2 after the economic meltdown stripped billions from the former richest man, Andrew Forrest of Perth. Forrest saw his fortune plummet in recent weeks from $7.2 billion to $3.8 billion, according to the Australian newspaper, which extrapolated the figures from BRW magazine’s annual Rich 200 list.

Lowy is being audited by the Australian Tax Office after being named in a U.S. Senate report on tax evasion. The report alleged that Lowy hid $53 million in an account in Liechtenstein to evade paying taxes. Lowy claims the money was donated to charities in Israel.

He was also implicated in the Bank Leumi scandal that embroiled Israeli Prime Minister Ehud Olmert, but there is no suggestion that Lowy was involved in any wrongdoing. In 2006 Lowy funded the Institute for National Security Studies at Tel Aviv University. 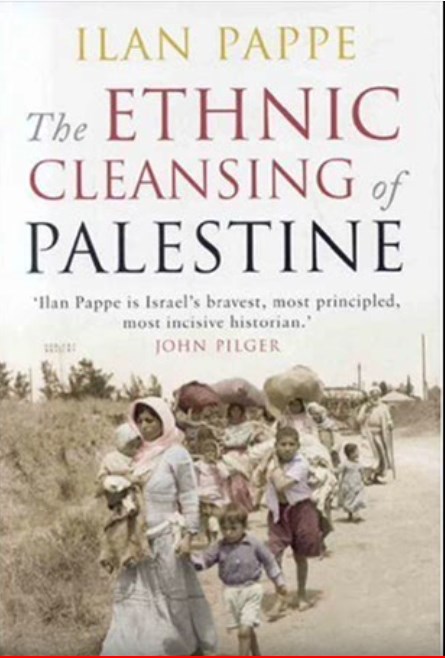