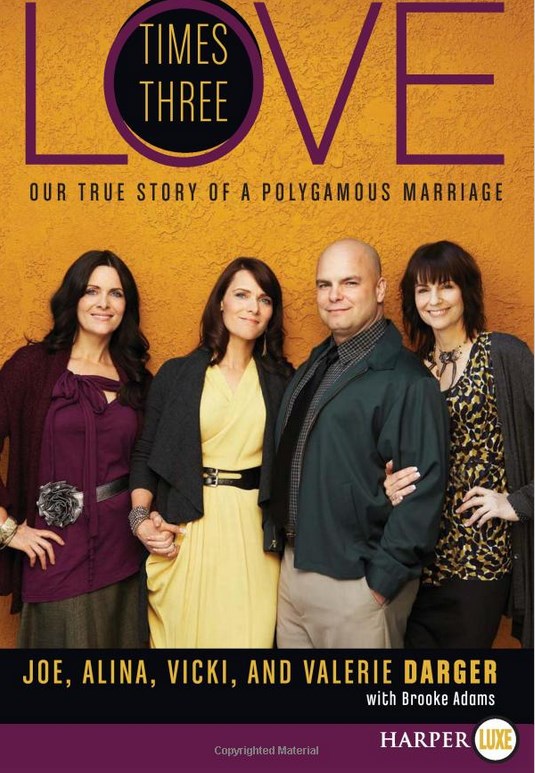 When you watch documentaries or films about people or tribes that live in certain areas or lived in the past, it is promoted that those men usually only had one wife. This is not quite true, many tribes, nations and cultures in the certain parts of the world even today have more than one wife.

I'm sure that ice age people that lived in Europe such as the Neanderthals, some probably had more than one wife and this was probably true with the ice age Europeans.

Some information was recorded that the pre-Christians in the Middle East and in Europe had more than one wife.

Polygamy in the Bible

There are still people in the Mormon Church who still practice polygamy. They are persecuted because of it but we have all forgotten that some of our ancestor had more than one wife.
There are advantages and disadvantages of polygamy depending on the person's needs. Some women only need a man for sperm to have children and doesn’t desire a lot of sex and some men have a high sex drive and have the money so they can afford to have more than one wife.

Polygamy is illegal in all 50 states of the United States as well as Canada and Mexico. Attempts to overturn the illegality based on right of religious freedom have been ignored as the polygamist practices of the FLDS church are harmful to women.[38] Fundamentalist Church of Jesus Christ of Latter-Day Saints   From Wikipedia

The following are quotes taken from the Bible promoting men to have more than one wife.

Polygamy in the Bible

21 But Abijah grew in strength. He married fourteen wives and had twenty-two sons and sixteen daughters.

5 Ashhur the father of Tekao had two wives, Helah, Naarah.

8 I gave your master's house to you, and your master's wives into your arms. I gave you all Israel and Judah. And if all this had been too little, I would have given you even more.

21 Rehobiam loved Maakah daughter of Absolom more than any of his other wives and concubines. In all, he had eighteen wives and sixty concubines, twenty-eight sons and sixty daughters.

19 Lamech married two women, one named Adah and the other Zillah.

30 He had seventy son of his own, for he had many wives.

1 Now for the matters you wrote about: "it is good for a man not to have sexual relations with a woman." 2 But since sexual immorality is occurring, each man should have sexual relations with his own wife, and each woman with her own husband. 3 The husband should fulfill his martial duty to his wife, and likewise the wife to her husband. 4 The wife does not have authority over her own body but yields it to her husband. In the same way, the husband does not have authority over his own body but yields it to his wife. 5 Do not deprive each other except perhaps by mutual consent and for a time, so that you may devote yourselves to prayer. Then come together again so that Satan will not tempt you because of your lack of self-control.

Polygamy Is More Popular Than Ever

The Church of Jesus Christ of Latter-Day Saints (Mormonism)

“Certainly within Mormon-based polygamy, it's not really much of a choice, because Mormon scriptures teach a woman that if she doesn't consent to living in polygamy, God's going to destroy her,” Munn told the Daily Mail. “So for me going into it, I didn't personally want to live it, but I felt compelled to as a matter of faith.”

Munn was born in England, but moved to Utah after converting to a fundamentalist sect of Mormonism that still practices plural marriage.  Some 40,000 people are thought to live in polygamous ‘marriages’ in Utah, where their unions are recognized by their sects, but not the modern Mormon Church or the state. Nationwide, up to 100,000 people are estimated to be living in such arrangements.

The LDS laws on for men to be married to and have children with several women
The LDS church does not allow any sexual expression for lesbian and gay individuals.

The LDS church teaches that women's principal role is to raise children. Women who rejected this role as being a domestic women in the home, were seen as unstable and corrupted.[61] Before 1890 the Mormon leaders taught that polygamy was a way to salvation and many had multiple wives into the early 1900s, and some women practiced polyandry.[61][62]

The Mormon religion teaches that marriage should be with a man and a woman. The LDS church teaches its members to obey the law of chastity which says that "sexual relations are proper only between a man and a woman who are legally and lawfully wedded as husband and wife". Violations of this code include "adultery, being without natural affection, lustfulness, infidelity, incontinence, filthy communications, impurity, inordinate affection, fornication". The traditional Mormon religion forbids all homosexual behavior, whether it be intra-marriage or extramarital. In Romans 1:24-32, Paul preached to the Romans that homosexual behavior was sinful. In Leviticus 20:13, Moses included in his law that homosexual actions and behaviors were against God's will. In the 1830s, LDS founder Joseph Smith instituted the private practice on polygamy. The practice was defended by the church as a matter of religious freedom. In 1890, the church practice was terminated. Since the termination of polygamy, Mormons have solely believed in marriage between two people, and those two people being a man and a woman. The LDS community states that they still love homosexuals as sons and daughters of the Lord, but if they act upon their inclinations then they are subject to discipline of the church.[63][64]

Fundament Church of Jesus Christ of Latter Day Saints (FLDS) Joe Jessop 88 years old. His 5 wives, had 46 children and he now has 239 grandchildren. He is very happy man 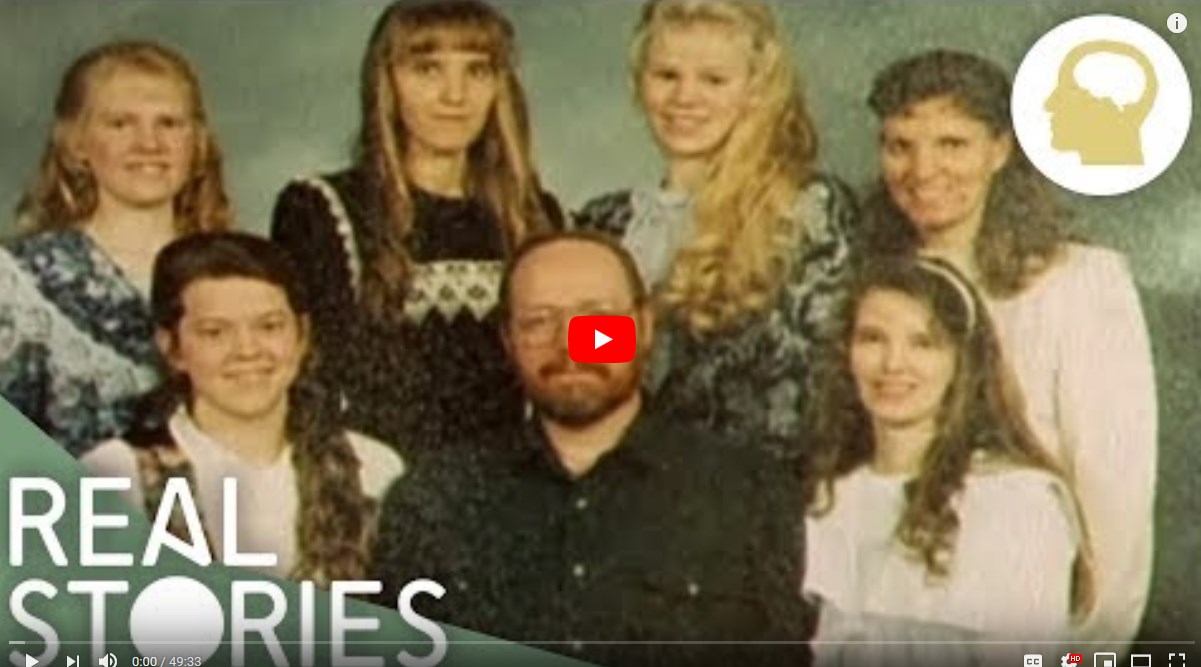 So 5 wives means going to heaven So damn true

A 51-year-old Mormon with six wives and 29 children considers taking a seventh wife, a decision which is complicated by his son's affection for the same woman.

C- 4 2 months ago (edited)
I believe for the European civilization to have population growth at replacement rates, there needs to be at least 15% of these kinds of families. I respect this man and his wives who chose to care for their children in this fashion. Its not for everyone obviously, so... Europe being built on respecting individual rights I take it this does not merit being socially executed!

dillwizard 1 month ago
I think if they are happy (as any other marriage is) then let them be. How many people do you know that have spouses that cheat on them regularly? Everything is in the open, the children seem to be fine. I would never be able to handle 5,holy shit I have enough trouble with one.

Jeje Wa 2 months ago
If we accept Muslim in the West having more than one wife and supported by welfare, this guy has a business and some of his wives work. At least not a burden to society. He is honest , he is blamed but if a Muslim has up to illegal 4 wives and the state support all plus the kids, it is accepted. I think there is a double standard somewhere. Am I the only one to see that?
A 51-year-old Mormon with six wives and 29 children considers taking a seventh wife, a decision which is complicated by his son's affection for the same woman.
Leaving the Label "Alt Right" but NOT Changing My Beliefs 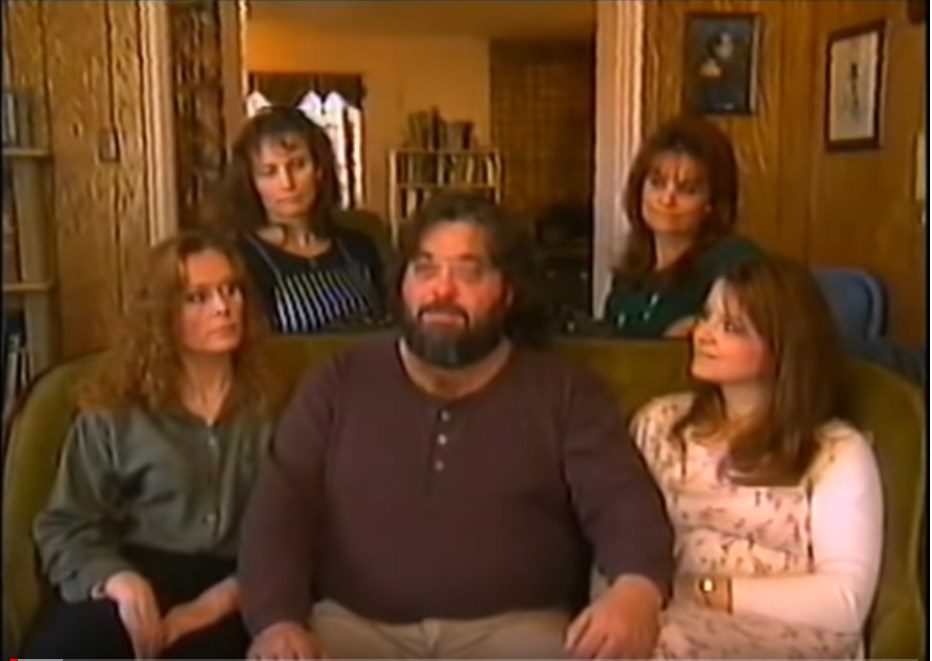