We The People Build Walls In The United States

"We Build The Wall is an organization raising donations to build private sections of the Trump wall. It started as a GoFundMe campaign by United States Air Force veteran Brian Kolfage in December 2018.[1] However, Kolfage later announced the formation of a 501(c)(4) non-profit organization in January 2019.[2]

In December 2018, Kolfage started an attempt to raise $1 billion via GoFundMe, initially called We Fund the Wall, for the construction of a border wall between the United States and Mexico. Kolfage said the target figure was achievable, adding "This won't be easy, but it's our duty as citizens".[4] In an email to the Washington Post, Kolfage stated that he began the fundraiser as "political games from both parties" have been holding back funding for the wall.[5] Within three days, over $9 million had been raised.[6][7]"

The United States needs a border wall with Mexico, Gangsters, drug runners and illegal's are coming into the United States within the masses. Political parties, republican, and democrats bicker over the wall and the public have become very sick of it. A group of people got together and raised at the time putting this article together raised 22 million dollars in only a very short period. This group is an excellent example if we the people would run the country better than our politicians. It's time to abolish these political party gangs as they're the real gangs of the world and we must set up a system where we the people can govern the country at a fair moral way.

If we can raise this sort of money, there is nothing to stop us from creating an Anti-Defamation League to take on the globalist in the courts to focus on the head of the threat.

We ask everybody in any part of the world. Please send money to "we build the wall."

We Build The Wall Inc

Border security is crucial to the sovereignty of our country. We're just getting started! Let's get this done together FOR AMERICA!

" WE BUILT THE WALL!! Our first wall segment is complete just outside of El Paso Texas! We are now working on segment #2. Please keep donating we the people will provide border security for our citizens since Democrats are failing to protect our communities from the flow of illegal drugs and criminals. The first wall we built is GROUND ZERO for illegal drugs, migrants and human sex slaves coming across, as you can see in the video. Your generous donations had a direct impact where the  said it was "Impossible to Build"  and we were informed it would take roughly 2 years and $40 Million to complete had it been contracted out to the government to build. We completed it in a matter of days and for a FRACTION of the cost, literally moved a mountain to get it built and up a sharp incline at 31% grade. Proving once again "We The People" can unite in a time of crisis to get the job done!The one thing I've learned after losing three limbs in war is that NOTHING is impossible, and just as so many said "you can't do that" or "building the wall privately is impossible"  our team just proved them all wrong! It's now up to We The People to ensure that we protect this nation for future generations. In this small section of border US Border Patrol public affairs office stated that over 1000 people cross each day on average, and over $200k-$300k worth of illegal drugs enter America. This is a vital smuggling route for the most ruthless cartel, the Juarez Cartel. Who murdered thousands of innocent civilians and journalist and trafficked sex slaves across our border.  WE ARE STOPPING THEM NOW! HAVE A QUESTION? READ OUR FAQ's MAIL CHECK DONATION TO:

We should all take a Stand and shutdown the Government “We build a wall”... “we teach our kids”... “we pay health care”.... For the people, by the people. Government is a Joke!!!!!

James B 1 month ago

We must stop the parasitic criminal illegal immigrant invasion. We know the Democrats want this because millions of illegal immigrants are voting for them, this is a fact. This is why they are trying to remove the citizenship question of the ballots, pushing the false premise that cleaning up the voting polls and requiring IDs is voter suppression, trying to stop anyone who tries to protect our country with the wall and so forth, etc. The Democrat party has become the enemy of our country, the enemy within, a fascist communist corrupt power hungry criminal hypocritical immoral gang.

its too low, i could pole vault over that with my eyes shut, its a joke of a wall 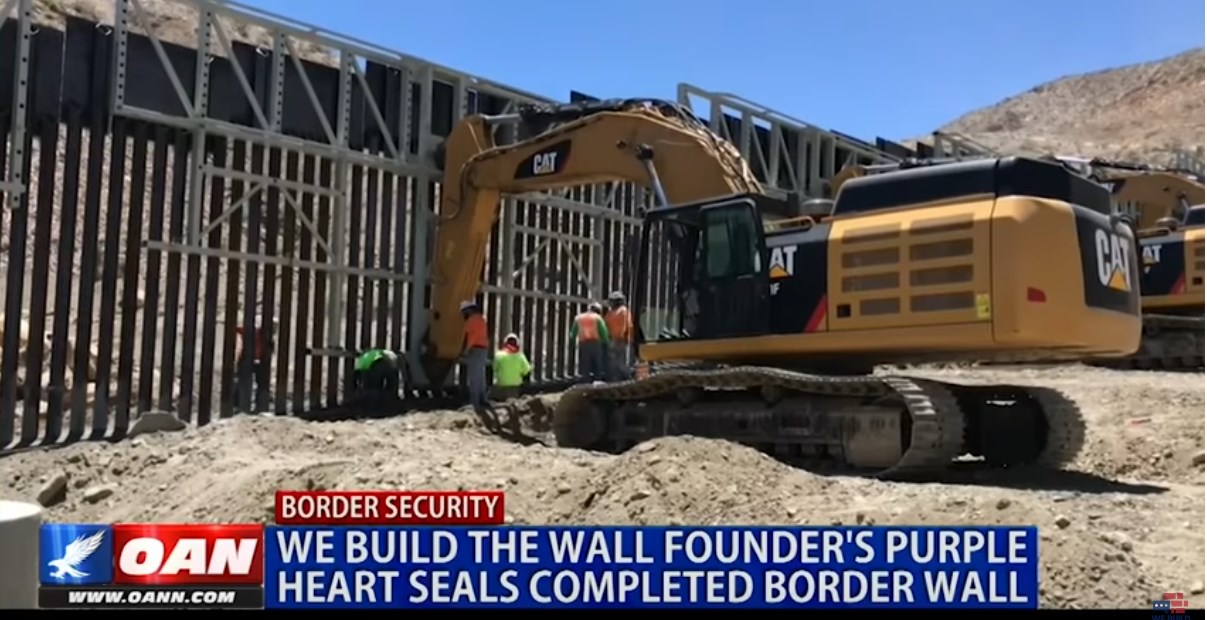