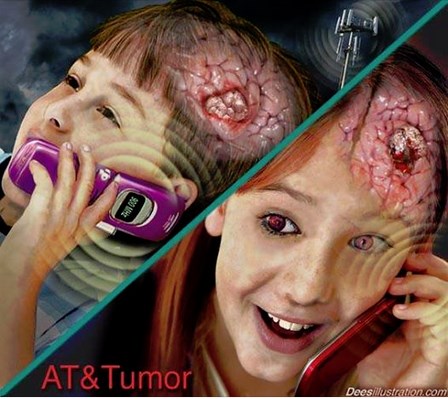 Alex Jones presents new scientific studies posted on the Drudge Report that completely confirm what he and Infowars have been reporting on for years: 5G can cause cancer and brain tumors.

many of you know your small piece of technology that you carry around on a 24/7 daily grind is keeping tabs on you, whenever you like it or not. Modern day smart phones are tracking your every move whenever that be going for a casual scroll with your dog at your local park or having an evening shower in a hotel out of town. They not only constantly track your every move but they collect metadata such as browser history, fingerprints, voice commands, and facial recognition with the phones onboard camera and mic.

What we should know, what we do online is watched over, collected, exploited and sold, big brother is definitely watching you. Governments are collecting our information and storing it while selling it for numerous reasons such as consumerism, marketing, and profiling.

Data is collected to help better understand us but why is the government spying on us you would ask, well it comes down to control and profiling. Spying or the less invasive word monitoring governments would say they're protecting us but in reality they're not.

Even if you're not doing anything wrong, you're being watched and recorded. This is wrong and we the people should be entitled to privacy in our own home.

Below is listing of some of these phones abilities and the capacity of information they collect:

The constant Facial recognition for passwords is on the rise with extreme popularity in the recent years. Many apps have teamed up with this software and governments around the world have been implementing this form of ID in everyday life. You may see this process happenining in your airports, or simple grocery stores.

The FBI has been known for hacking into phones for a very long time. One of the programs they would use is called Gumfish, it allows access to hack both front and rear phones and the onboard mic on the cell phone.

Even putting your cell phone into airplane or offline mode with turning off all wifi connections and networks, the phone will continue to collect information on you regardless if you have a sim card inserted or not. The cellphone will not only collect information offline it will store it then send it off to Google once it connects to the internet.

We have discussed that behind the scenes your cell phone is collecting data and sending it off but not only that your 3rd party applications and internet browsers whenever that be a cell phone, computer, or iPod, they all fall into the same category. Example, even if you opt out of the privacy settings on Google, it still tracks you without your consent.

A fingerprint scanner is a type of electronic security system that uses fingerprints for biometric authentication to grant a user access to information or to approve transactions. It used to be that fingerprint scanners were mostly seen in movies and TV shows, or read about in science fiction novels. Today we use this technology on our smart phones and can only predict that it is being stored, collected, and sold.

Want to know more regarding this article, check out the following videos

10 Surprising Ways the Government is Spying on You - YouTube

How to be anonymous on the web? Tor, Dark net, Whonix, Tails, Linux

The link below is a bunch of 3rd party apps that the general public can access in order to hack and spy into people's phones just a clear example if we can do it, they're already been doing it for much longer.