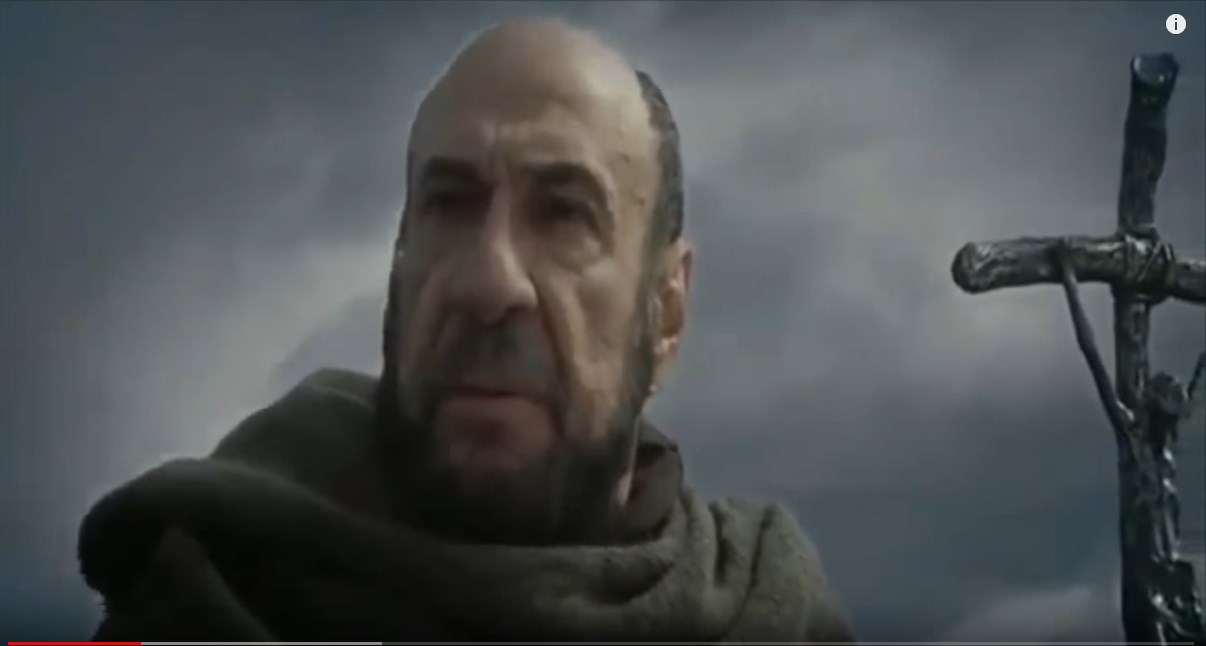 Today 332 years ago, on September 12th 1683, Poland had stopped once and for all the march of Islam into Europe, saving the continent from suffering a similar fate as Anatolya, the Middle East and Northern Africa centuries earlier ..up untill recently. 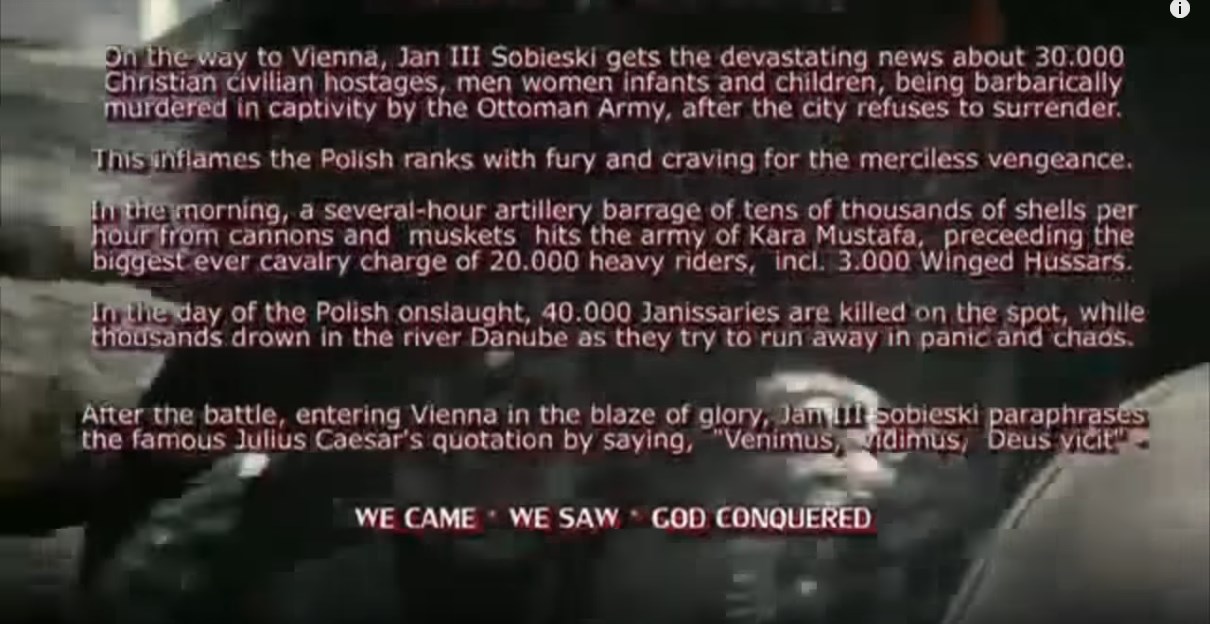 The G-Man 2 years ago

Why was this never mentioned in our liberal left leaning history classes? Oh, I think I can guess why!!! Jan Sobieski III, there should be statues of this guy 100 ft tall in every city in Europe!

if hellas (Greece) never existed all Europe would conquered by islam! Greek civilization stopped the Persian empire to invade Europe for several centuries. byzantine empire was defending Europe by fighting Islam until 1453 Greece protected Europe from Mongols...we saved Europe from Islam...but we respect Poland and other countries for battles like this one

Europe needs a leader to rise as did Jan III Sobieski of Poland. Sobieski - his artillery, 20,000 heavy riders, and 3000 winged Hussars defeated Muslim Kara Mustafa's Islamic locust horde from hell! All Western Europe should be grateful and thankful to the Polish people for standing in opposition to an Islamic horde from the pit of hell!

Leftists are now murdering their western cultures through naive immigration policies. The battle is on two fronts this time. How can western countries/culture succeed when half of their population is betraying them?

Imagine if they had won. No enlightenment, no scientific revolution, no end to slavery, no classical music, no pop music, no free cinema, no women's rights, no democracy, no secularism, no video games, no beer, no fun. Just Koran.

Its a shame there was none to send reinforcements to Serbian and Bosnian kingdoms during 1389 when Ottomans were at the gates of Europe.

Make no mistake the intentions of the Muslims have not changed in the intervening 300 years. What they couldn't achieve through conquest, they are now seeking to achieve through stealth.

I always admire and respect the way that Poles have always persevered and held on to their culture and traditions even to this day. Unlike so many of the spineless countries in Western Europe (Germany, France, UK, Sweden, Belgium, etc), Poland knows the reality of what is happening to Western Europe today and will not be deceived.

Great video!! Thanks for posting it! God Bless Poland! The Globalist Media's degrading and demonizing Poland as being "racist", "Nazi", "Anti-Semitic", "Facist", "Xenophobe" "backward", etc. is meant to smear the image of Poland and GUILT TRIP Poland, because Poland is a strong Christian European nation. See the YouTube video "Stop Anti-Polish Act HR 1226 - This “law” is meant to extort 65+BILLION$ from Poland!". The Holocaust Industry is trying to EXTORT Billions of dollars from Poland by guilt tripping Poland. 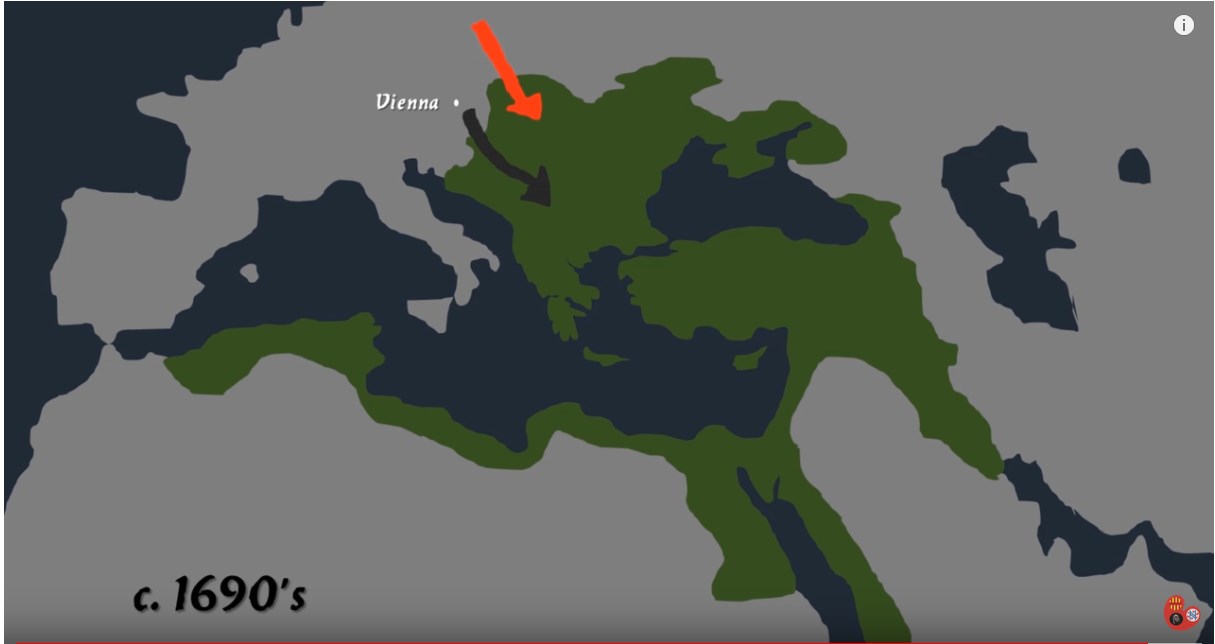 The year is 1683. An enormous Turkish army attempts to batter its way into Vienna, whose inhabitants and small garrison have been starving for the best part of a month. Standing between them and total annihilation is the alliance of the Holy Roman Empire and the Polish-Lithuanian Confederacy, the latter's Winged Hussars being counted on as crucial should victory be achieved. I'm History with Hilbert, and this is the Sabaton Story. 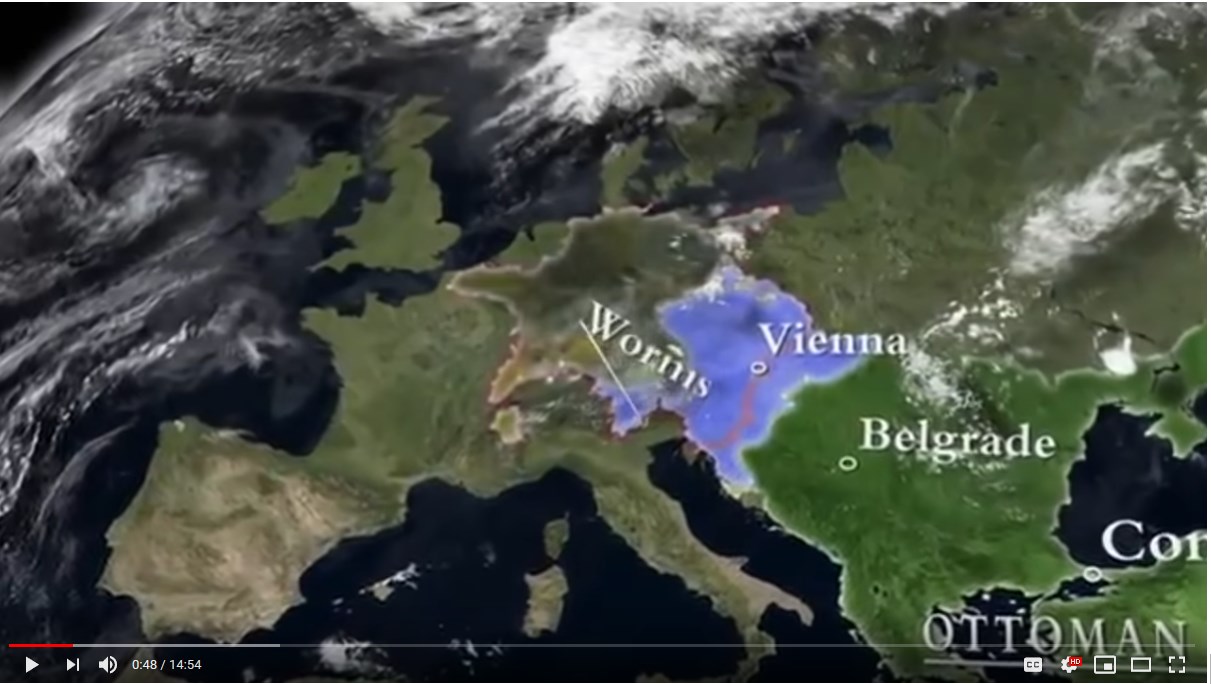 After all these heroic resistance and sacrifices made by our ancestors, and knowing that if it was not from these brave Christian heroes who stopped the plague of Islam, Europe would have been a Muslim continent plunged in the dark ages, it is a shame on westerners not to know their past and to dismantle themselves from their history and not preserve their Christian heritage and identity and turn atheists. And it is a shame as well to see three Sobs like Stalin, Hitler and Mussolini turning atheists and plunging Europe into bloody conflict where Christians killed other Christians. Those who ignore history are doomed to repeat it.

Turkey was a a Christian nation. Until they all decided that Muhamhed not Jesus was the greater ,and salvation comes from murder not faith. Today these monsters have been invited in

And the other Sept 11 1697 the Battle of Zenta victory over Ottoman Turks in Serbia pushed back the Turks further to Analitolia ! The declaration of GHW Bush was an insult to Islam a diabolical provocation to attack Sept 11 , 2001 !! The Master Mind of Rev 11 : 13, 14 is GHW Bush and hiss son GW Bush and their father The DEVIL and SATAN that old Serpent the great Dragon cast out of heaven and now the government of This current New World Order ! The 8 th Beast that goes into Perdition ! ,

Hope humanity takes over human than man made religion. If things continue like this the day will come when human will search other human in other part of world to just live with him. Plz save human 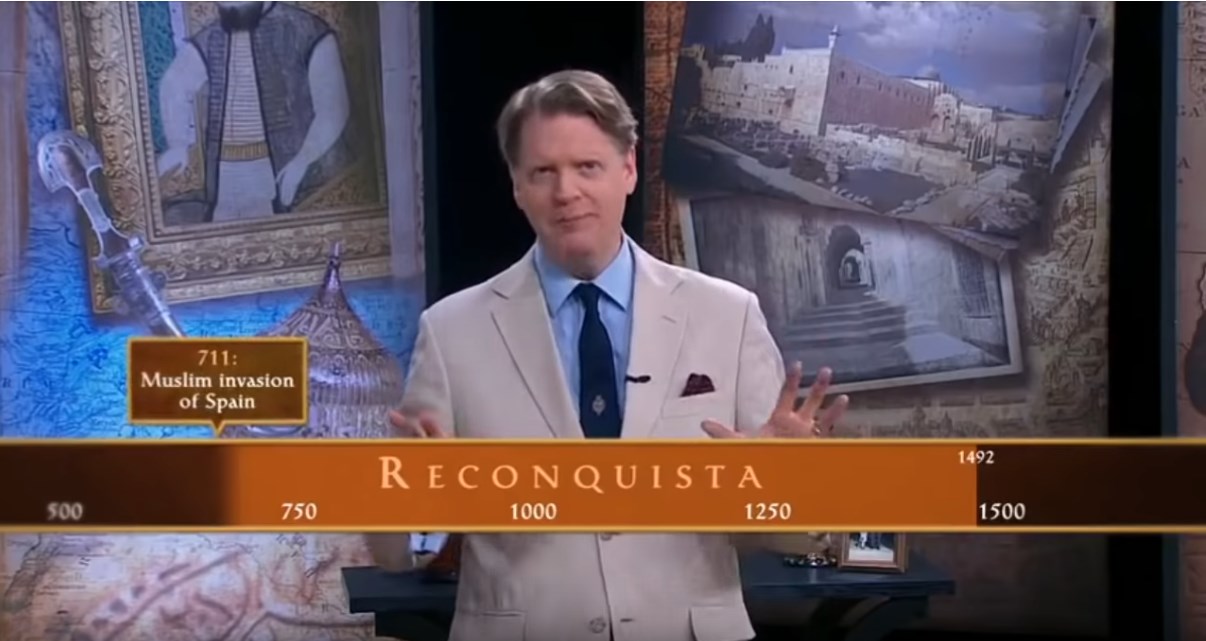 The Reconquista (Spanish and Portuguese for the "reconquest") is a name used to describe the period in the history of the Iberian Peninsula of about 780 years between the Umayyad conquest of Hispania in 711 and the fall of the Nasrid kingdom of Granada to the expanding Christian kingdoms in 1492. The completed Reconquista was the context of the Spanish voyages of discovery and conquest (Columbus got royal support in Granada in 1492, months after its conquest), and the Americas—the "New World"—ushered in the era of the Spanish and Portuguese colonial empires. Since the mid-19th century, the idea of a 'reconquest' took hold in Spain associated with its rising nationalism and colonialism.

The Reconquest (Reconquista) of lberian Peninsula

This video quickly turns in to a pro-Khazarian propaganda piece. "Ignorance is Strength." I'm weak

No mention of why the Jews were kicked out. Typical.

The reason why the Jews were expelled were because they aided the muslim invasion of Spain. Then went on to lead slave raids into the remaining Christian lands to capture Spanish women and children and bring them to the markets in Cordoba or to fill a desired quota set by the imperial caliph in Baghdad. To suggest the expulsion was cruel and unwarranted is a blatant disregard to the history and situation the Spaniards were in at the time of the reconquest of their country. Also, the Jews that moved to north Africa after leaving Spain were forced into Dhimmi status, which basically means slave. Which is why a lot of them moved into northern Europe, or Russia. However they began to be expelled from those countries as well for various reasons, mainly because it word was spread that the Jewish community in Constantinople would attack Byzantine soldiers in the night, sabotage the few cannons they had along with other defenses, and try to open the gates to the Ottomans until the Byzantines started massacring the Jewish men in the city.

There were Jews in Sepharad (Spain) since the time of the Roman Empire and before, with Carthaginians, and with Phoenicians.

In 2019, the female lead european leaders opened the gates of europe for the conquest of their nations by the muslim hords.

Christopher Columbus was believed to have been a Jew! He sailed from Spain to explore west discovering the America's in 1492. He was sanctioned by King and Queen of Spain for journey! Also a rich Jewish merchant help to finance the trip! He used the apocrypha which was part of the Catholic Bible that the Protestants rejected and did not canonize to convince the King and Queen there was a missing continent on world maps! In Esdras it says God divided the land into six parts or continents! One continent was missing so Columbus reasoned that if he sailed west he should find it! Because of this Catholic Spain got a one hundred year head start on the Evangelism of the South and Central America's which explains why they are Catholic today! James

why didn't he mention that all Jews were kicked out from North Africa and Ottoman Empire in the 20th century? he presents it like Jews were just chilling peacefully in Muslim countries...

Well Spanish forcefully put jews out of Iberia. That time Ottomans welcomed them. After 4 century they betraid to Sultan and wanted to create their own country. Israel is not born in 1948 . This ideas born way before

Boabdil, the last Arab ruler of Granada, was called Boabdil the unlucky. He had 36 male siblings. His father, Yusuf, had all the siblings taken into the desert and executed so that Boabdil was assured of becoming king. Many believe that the queen in chess is based on Isabela. She traveled a lot, was an excellent queen in many ways. Her husband, Fernando, was more of a stay at home guy, like the king in chess.

Madrid, Spain - Although less well-known abroad than other folk festivals in Spain, like the bull-running in Pamplona, far more people flock to see dozens of picturesque towns and villages re-enact the eight-centuries-long struggle for control of the country, between followers of Christianity and Islam.