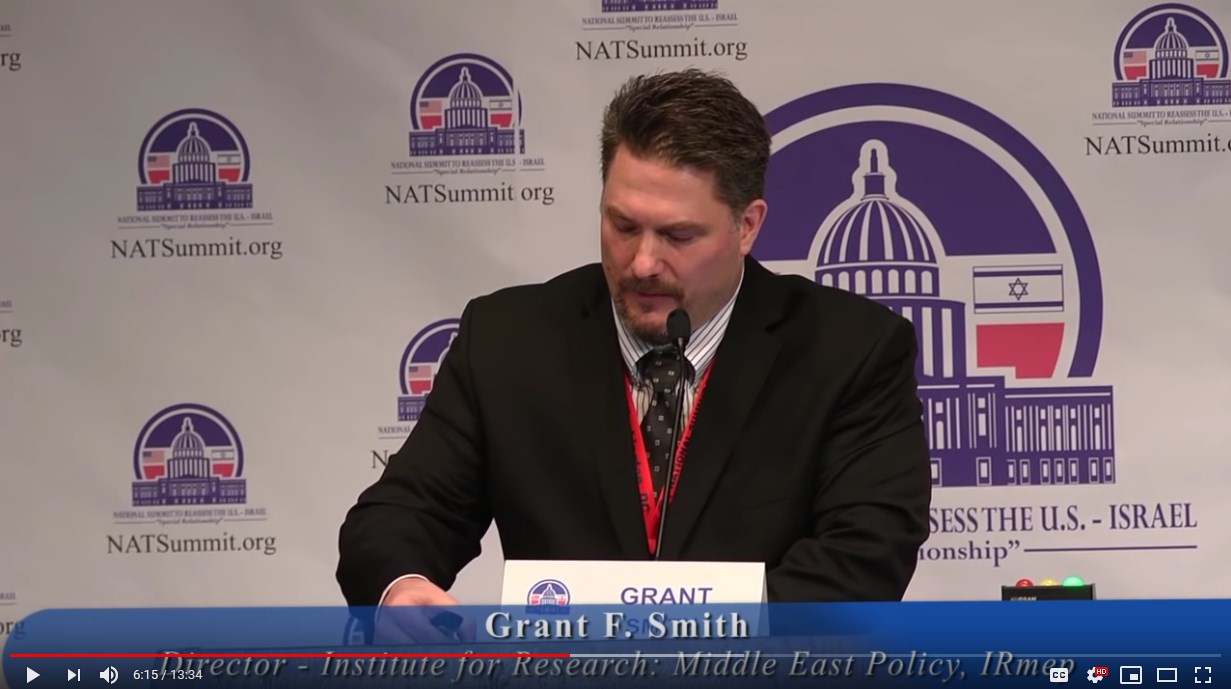 National Summit to Reassess the U.S.-Israel "Special Relationship"
Published on Apr 19, 2014
Presentation at the National Summit to Reassess the U.S.-Israel "Special Relationship" on March 7, 2014 at the National Press Club. Grant F. Smith is the director of the Institute for Research: Middle Eastern Policy (IRmep) in Washington, DC. He is the author of two unofficial histories of AIPAC--America's Defense Line: The Justice Department's Battle to Register the Israel Lobby as Agents of a Foreign Government and Foreign Agents: AIPAC from the 1963 Fulbright Hearings to the 2005 Espionage Scandal, as well as the books Divert, Spy Trade, Deadly Dogma, Visa Denied and editor of the book Neocon Middle East Policy. Before joining IRmep, Smith was senior analyst and later program manager at Yankee Group Research, Inc. in Boston. Smith has a bachelor's degree in International Relations from the University of Minnesota and a Masters in International Management from the University of St. Thomas in St. Paul, Minnesota. Jeff Stein of The Washington Post designated Smith "a Washington D.C. author who has made a career out of writing critical books on Israeli spying and lobbying." Nathan Guttman of The Jewish Daily Forward recognizes Smith as leading a public effort to "call attention of the authorities to AIPAC's activity and demands public scrutiny of the group's legal status." John J. Mearsheimer, the R. Wendell Harrison Distinguished Service Professor of Political Science at the University of Chicago claims "Grant Smith's new book is a major step forward in correcting that problem. He provides a fascinating--and disturbing--account of how I. L. Kenen laid the groundwork for AIPAC, the most powerful organization in the lobby." 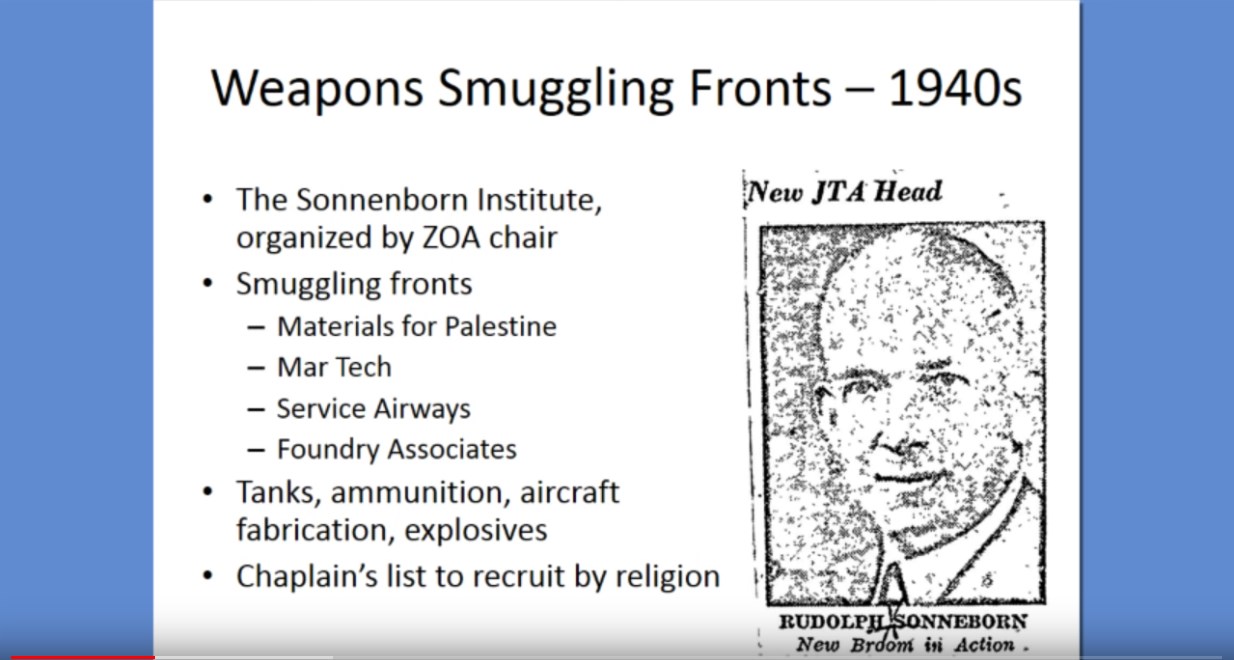 Grant is great! He NEVER makes an 'apologetic' statement, never waffles , or wavers, or makes 'understatements of what they don't do'. He sticks to telling the hard facts. I wish all other critics of Israeli (Zionist) control of U.S. would take a lesson and do the same. That they cave to the threat of censure is just a plain sign of weakness.

The US invasion of Iraq was fraudulent because we were told that Iraq had weapons of mass destruction which is an obvious lie since no WMDs were ever found. Agents of Israel, in our press and in our government, were the perpetrators of this criminal fraud and crime against humanity. It is now May 25, 2019 and because the Foreign Agent Registration Act has still not been enforced against the Israel lobby, AIPAC, and the agents of Israel who are in our press and in our government, thousands of innocent people are going to be mass-murdered in another fraudulent war -- this time against Iran. In the case of Iraq and in the case of Iran, the imperialistic expansion of Israel is the motive to commit these massive heinous crimes.

You should read a small book called Major Jordan'd Diary about how he was called upon under FDR and the Russian Lend Lease program and how it was Hopkins who gave anything to the Russian they wanted. It is free in Google Archives.